In a splendid event, the opening of the exhibition “Gazing at Freedom! In the Greek Parliament, two centuries later”, the Greek Parliament honoured the 200th anniversary of the most important and glorious event in modern Greek history, the Revolution of 1821.

In the context of the opening of the exhibition, the entire history of the Greek Revolution, digitiσed, was “illuminated” on the building of the Greek Parliament, drawing the awe of the passersby in front of the iconic building.

From last night and for the next ten days, from 21:00 to 23:00, a ten-minute video with figures and scenes of the Greek Revolution from the mural decoration of the Eleftherios Venizelos Hall will be illuminated every half hour, on the facade of the Parliament building.

The duration of the exhibition will be extended beyond the anniversary year in order to make it possible, when conditions allow, for Greeks, and especially students to experience the show.

The exhibition in the Hellenic Parliament Eleftherios Venizelos Hall was attended by President Katerina Sakallaropoulou, PM Kyriakos Mitsotakis, the President of the Parliament, Kostas Tasoulas, President of the Greece2021 Committee, Gianna Angelopoulos-Daskalaki, and other dignitaries. 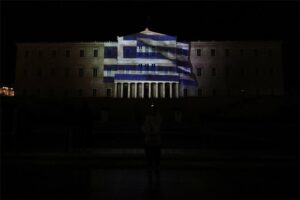 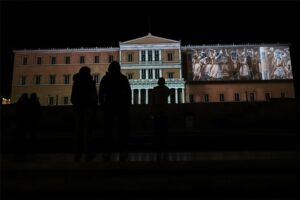 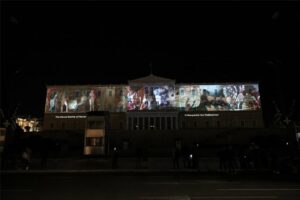 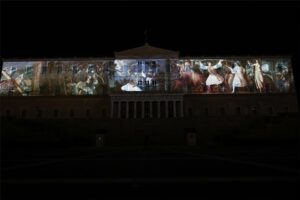 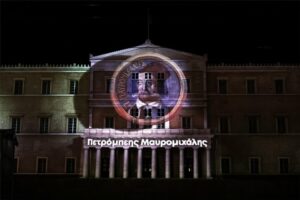 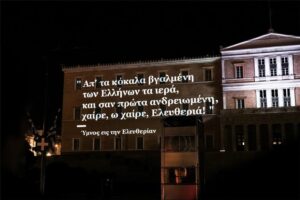 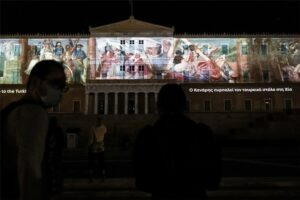 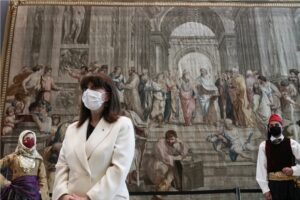 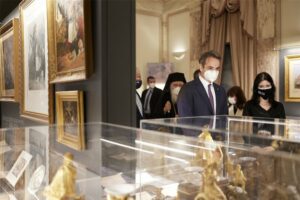 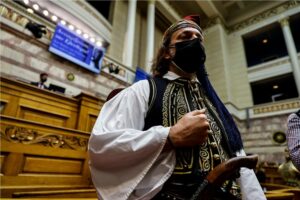 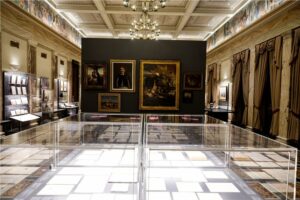 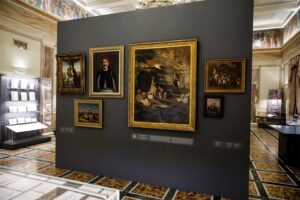 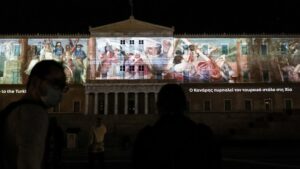