At the end, he was NOT deported……

A 21-year-old asylum seeker in Britain has reportedly been jailed for 15 months after beating his wife with a hammer for failing to prepare a meal for him.

According to The Express, Mohsin Akram committed his crime “in the early hours of Christmas Eve” after he came home drunk and found his wife had fallen asleep without cooking for him. 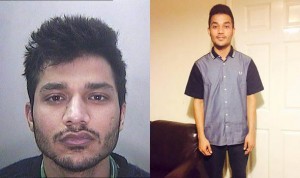 Akram reportedly proceeded to beat the woman – whom he had used to obtain a visa – with a hammer for a full hour as their four-month-old son slept nearby.

“He completely lost his temper and started to talk about teaching her a lesson, how to be a good wife,” said prosecutor Stephen Donoghue.

“He then picked up one of the hammers and began hitting her.”

The woman reportedly escaped the home and received help from three girls, who hid her in a doorway and called the police.

For his soon-to-be ex-wife, however, the punishment is not enough. 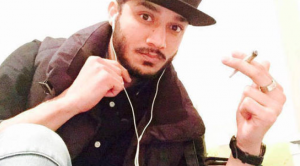 According to The Express, two days go Mrs. Hussain “criticized the judge for not ordering the violent thug’s deportation and called on officials to review his case.”

“There are so many reasons why he should be deported,” she reportedly said after her soon-to-be ex-husband’s sentencing.

The woman also reportedly told the courts about how Akram had treated her like a prisoner in her own home.

According to The Express, Mrs. Hussain “was forbidden from leaving the house alone, owning a phone or using the internet.”

The outlet further states that the hammer attack followed months of abuse. 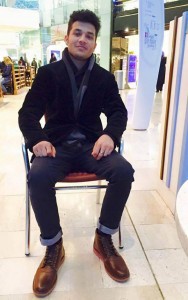 As The Daily Mail reports, Britain won’t even give a 31-year-old career criminal with 14 convictions to his name the boot because his home country doesn’t want him back.

As a result, the man – whose crimes include attempted robbery – was set back out onto the street.