The severe weather forecast has landed in western Greece and the Attica region, with torrential rainfall causing problems in Athens and other cities across Greece. Messologhi, Preveza, Nafpaktos and Patra are feeling the effects of the sudden turn of the weather since Saturday morning. In Messolonghi, the heavy rain has caused many shops and houses have flooded, while strong winds rested in the uprooting of trees. The fire department has received hundreds of calls from owners of houses and shops requesting aid. According to local news site aixmi-news.gr, reports that hundreds of houses and stores are inundated with water, while there was also a a power outage reported interrupting the operation of the sewage pumps, which lead to the streets overflowing within a shirt time. The city hall has dispatched vehicles to divert the water towards the sea. In the city of Patra, the fire department also received tens of calls concerning overflowed houses, basements and stores, while tempo.gr reports that a woman was injured after water currents swept her away. She was transported to a local hospital. The storm resulted in a temporary power failure in some suburbs of the city. 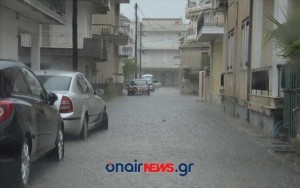 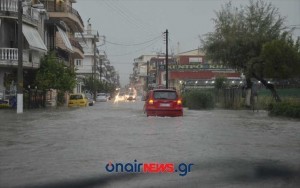 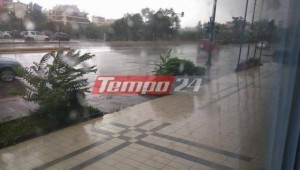