A van has ploughed into crowds in Ramblas tourist area in Barcelona leaving 13 dead and 50 injured. According to initial reports by Spanish police, multiple people have been injured. Police say the crash occurred after the van jumped the sidewalk, AP reported. Authorities are looking for the driver of the vehicle, who escaped on foot, according to El Nacional.

The vehicle used in the attack was a rented Fiat van. The perpetrators had also rented a second car with which they had planned to flee, according to La Vanguardia.

The emergency services are urging people to stay away from the area around Placa Catalunya. La Vanguardia newspaper reported that the van toured the central promenade before crashing into a kiosk at the crossroads with Carrer Bonsucces. People have been told to avoid the area as emergency services react to a “serious incident” in the Spanish city. Metro lines have been shut and shoppers and pedestrians have been seen running into buildings as armed police flooded the area. Other unverified reports from local TV channel TV3 say two armed men are holding hostages in a nearby Turkish restaurant. There are also reports of a live hostage incident at a Turkish restaurant near the scene. 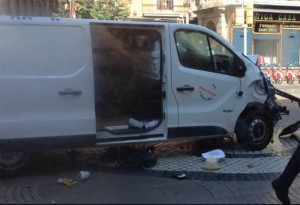 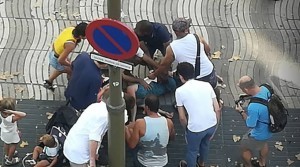 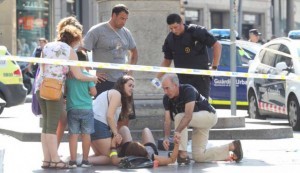 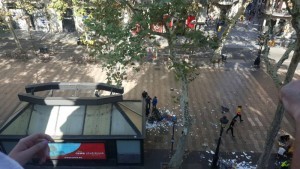 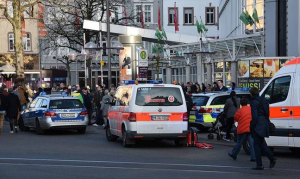