Nothing takes the wind out of your sails like a movie that ends on a big fat question mark. Sometimes a movie can be enjoyable right the way up to an ambiguous ending that leaves you desperate for more information, which isn’t always available. 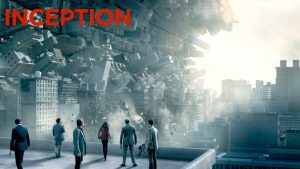 The ending: Back in LA, Leo DiCaprio’s dream-thief Cobb spins his totem on the kitchen counter to determine if he’s dreaming, then decides instead to go outside and play with his estranged kids, leaving it spinning – and the camera cuts before we see if it slows or stops.

The explanation: Whether you think you see the spinning top wobble or not (it does waver, very slightly, before Nolan cuts), there’s a very simple interpretation of the ending – it doesn’t matter if Cobb is dreaming or not.

Finally reunited with his children, he’s happy to live in ignorance. If you want closure, you won’t get any because Christopher Nolan intentionally left the ending open to interpretation, but remember that the spinning top is not Cobb’s totem, it’s his wife Mal’s, so essentially the top’s actions don’t mean anything one way or the other.

If you want to read even deeper into the movie’s minutiae, then notice that Cobb only wears his wedding ring when he’s in dream worlds, not in the real world – some theories suggest the ring is his real totem, and the fact he’s not wearing it in the final scene places the ending in reality. But you could discuss this one until the cows come home. 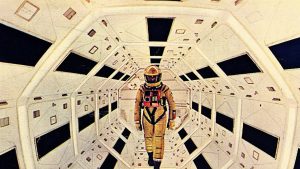 The ending: Having survived his encounter with errant AI Hal, spaceman Dave journeys to Jupiter to investigate another monolith. Pulled into a vortex of light, Dave has the mother of all trips before winding up in a strange room, where he watches himself age into an old man, before eventually being reborn as a large spacebound foetus. Yep, this really puts the ‘odd’ in odyssey.

The explanation: It’s deceptively simple, really. The beings behind the monoliths were merely testing the human race’s limits – the first monolith taught primitive man how to use tools; the second, on the Moon, signalled that mankind was capable of space travel; the third, in Jupiter, was a gateway to their world.

Once Dave arrives courtesy of a multicolour portal, he lives out his life in what author Arthur C Clarke referred to as a “human zoo”, so the beings could assess his worth. When he eventually died, the beings ensured he was reborn as a God – the next stage of human evolution.

If you think we’re projecting all this on Kubrick’s abstract ending, well… it’s all detailed in the novel. So there. 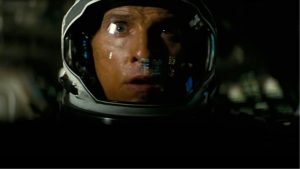 The ending: The wormhole. The Tesseract. Gravity anomalies. Where do you even begin? Matthew McConaughey’s intrepid explorer survives a trip down a wormhole and emerges from the other side, where he’s rescued by the human race, who have long since left Earth and set up camp on Cooper Station.

The explanation: Much of the movie’s internal logic is spelled out during the finale.

The “fifth-dimensional space” at the centre of the wormhole is a construct placed there by future beings – most likely an advanced version of the human race – so Coop can get the message to his young daughter via binary code. Once he’s tossed out the other side, we discover that mere seconds to Coop translated to around 90 years to the rest of the world.

Murph, who eventually received her father’s messages via her childhood watch on how to solve the gravity equation, was able to help transport the human race off-planet to a conical space station that was eventually named after her.

When she’s finally reunited with her father, now younger than she is, Murph reminds her dad that Anne Hathaway’s Amelia is still out there on a planet now known to be habitable, so Coop – a man out of time – jets off to be reunited with her, aware that time has passed differently on the other side of the wormhole. See? Easy. It only took a PhD to crack it.