Experts managed to recreate one of the 28 timber killing machines that hoisted wild animals to the Colosseum more than 1,500 years after the last fights between lions, leopards and other creatures. The wooden machines of the Colosseum hoisted up tens of thousands of animals to the middle of the ancient Roman arena. 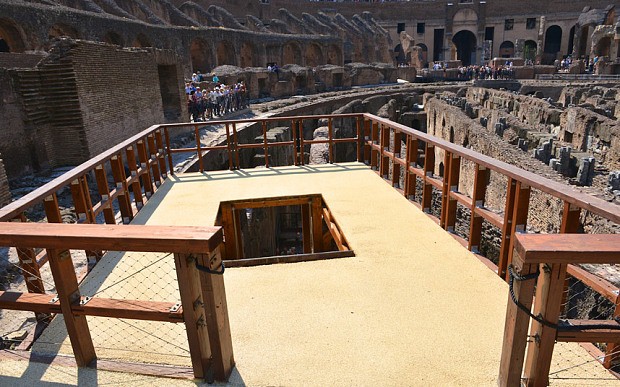 Unveiled again the structure has been built amid the warren of tunnels and passageways beneath the arena. It consists of a wooden cage which can be winched up to the arena floor with the help of a sophisticated system of ropes, pulleys and lead weights. It took a year and a half to build the 23 ft-high timber lift using only materials that would  have been available to the ancient Romans. 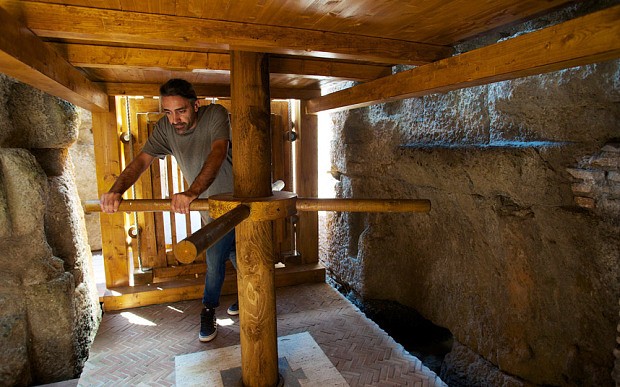 The contraption was tested with a full-grown male wolf released in the middle of ht eamphitheater. Instead of being put to death, however, it was rewarded with a biscuit. A documentary was made of the release of the first wild animal at the Colosseum in 1,500 years. 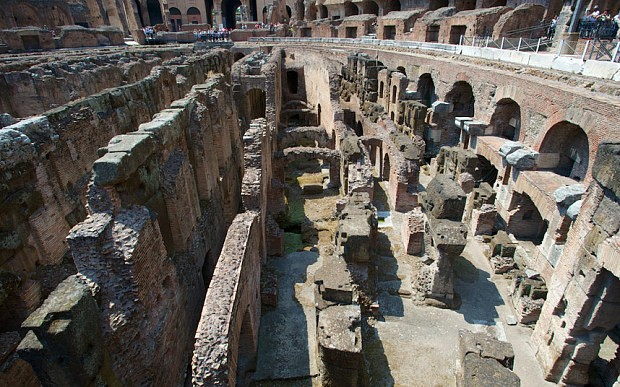 The timber machine was constructed form wood felled in the Sabina mountains, north of Rome. The structure was constructed in a workshop outside the city that was then lifted to the Colosseum by a giant craine. It will now remain in the Colosseum as a permanent fixture to help visitors better understand what the ancient arena was like.