She accused him of sexually harassing her

A former aide to Governor Cuomo claims Andrew Cuomo kissed her on the lips, touched her on the lower back, arms and legs, and once told her they should “play strip poker”, as reported in the New York Post.

The account of sexual harassment from ex-aide Lindsey Boylan was published online Wednesday. Boylan is married and a mother.

Boylan’s detailed recounting of alleged sexual harassment by Cuomo comes as the governor is under fierce attack from Republicans – and some Democrats – for allegedly covering up the true number of COVID deaths in New York’s nursing homes. 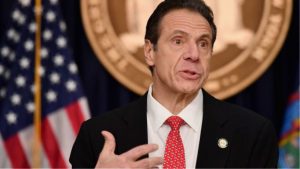 Boylan first accused Cuomo of sexual harassment last year, but Wednesday’s essay is her most complete description of what she says happened.

“Governor Andrew Cuomo has created a culture within his administration where sexual harassment and bullying is so pervasive that it is not only condoned but expected. His inappropriate behavior toward women was an affirmation that he liked you, that you must be doing something right,” Boylan wrote. “He used intimidation to silence his critics. And if you dared to speak up, you would face consequences.”