When the idea to host the UEFA Euro 2020 tournament in several nations across Europe to celebrate the 60th anniversary of the competition was born in 2012, a pandemic upending life as we know it was not part of the plan. But while the Euros were pushed back one year in response to COVID-19, UEFA held on to its idea of a truly pan-European tournament.

While playing the Euros in 11 cities across as many countries originally seemed like a romantic idea to celebrate the European spirit of the competition, requiring players, staff and media to travel across the continent during a pandemic seems a little out of touch, bordering on reckless.

While UEFA has a concept in place to manage the risk for all involved, it could have been limited even further by minimizing the amount of travel required during the tournament. Several positive tests inside the Spanish and Swedish camps just days before the tournament is set to kick off serve as a painful reminder of the virus’s presence.

As the following chart, based on a survey conducted by Sportfive and Statista, shows, some soccer fans share those concerns, even though the majority seems to be on board with the tournament’s continental sprawl. 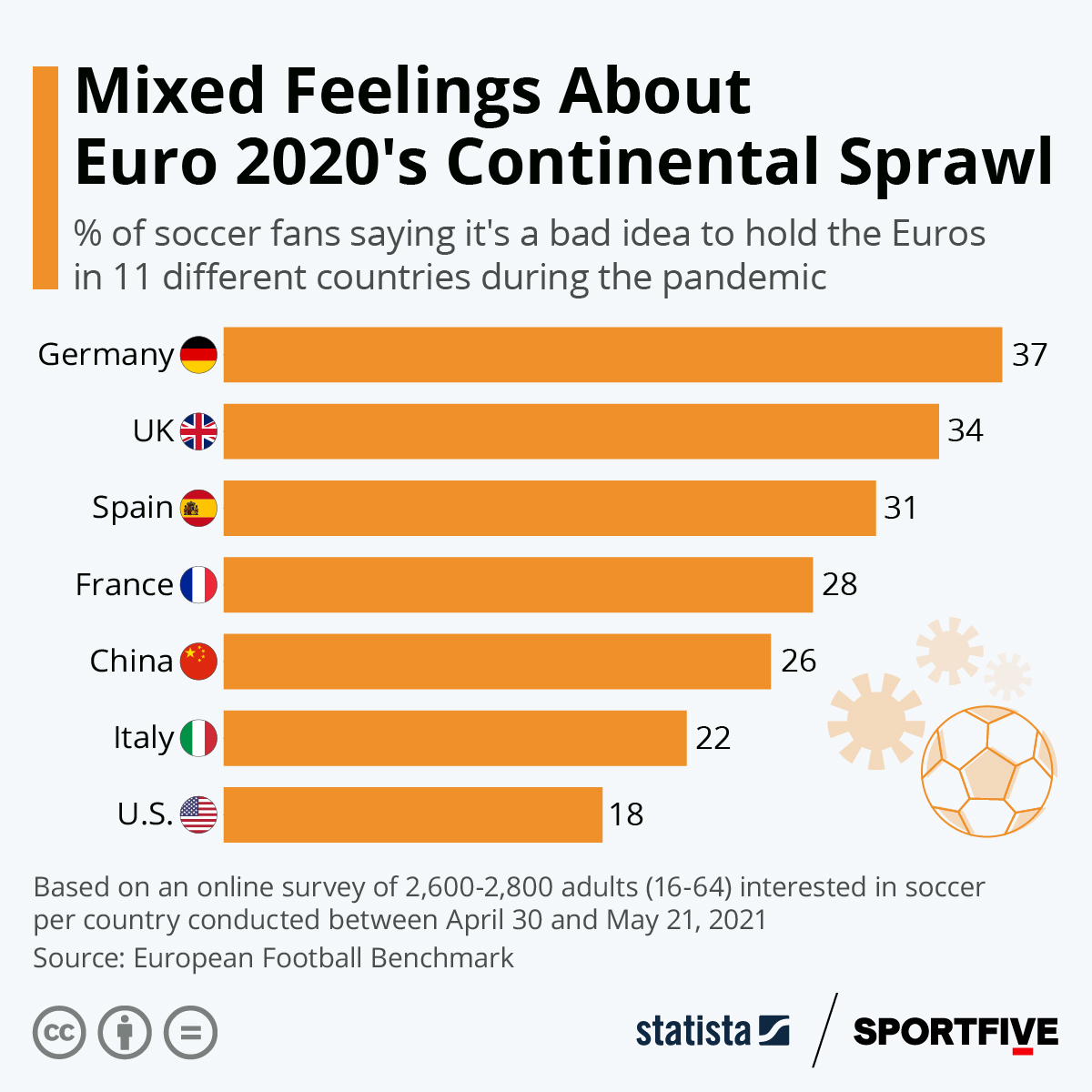