Watch him in an interview he gave a few months ago

George Baltadoros, who served at the 331 Air Force Squadron, is the pilot who lost his life in the Mirage 2000-5 Mk2 crash. The fighter jet crashed in the sea area nine nautical miles North-East of Skyros.

In the area, debris, his helmet, his small lifeboat, survival kit, as well as other evidence that leaves no doubt that the Air Force pilot is dead, were found.

Many of his friends have posted comments on his facebook account, many of which are also pilots. 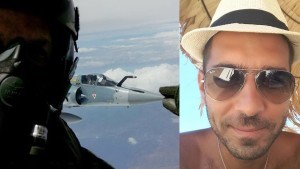