Greece is bracing itself for a Mediterranean Cyclone expected to hit the southern parts of the Ionian Sea on Friday. The National Observatory of Athens meteorological service issued a bulletin warning the rare phenomenon called “Medicane” (from the words Mediterranean and hurricane) would “likely exhibit tropical features”, meaning it will hurricane-force winds of 12 Beaufort, heavy rainfall and formation of the so-called “eye”. 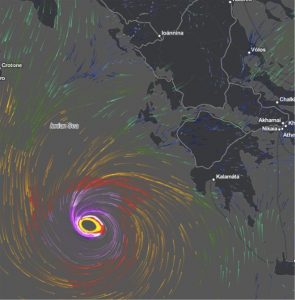 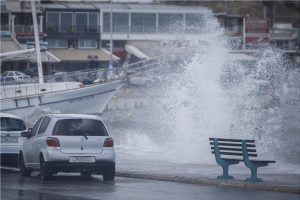 These types of hurricanes occur about once or twice a year in the Mediterranean and the meteo services said the likelihood of predicting their trail is very low for the weekend. 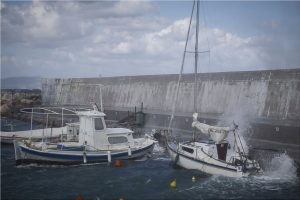 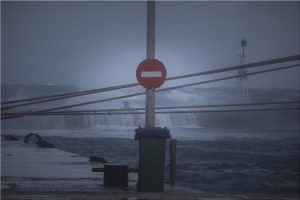 The system is expected to “subside significantly” as it approaches mainland Greece. The intensity of the Mediterranean cyclones is much smaller than the corresponding tropical cyclones.
Greece continues to be in the grip of high winds and low temperatures, with the first snowfall of the season falling in the mountains of northern and central Greece at altitudes above 1,800 metres.
Schools in the Cycladic island cluster remained closed on Wednesday. 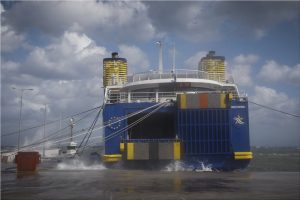 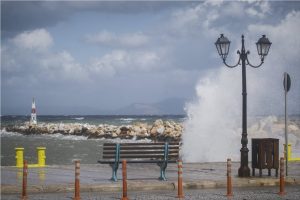 Port authorities have prohibited the departure of ships from the ports of Piraeus, Rafina and Lavrion due to the strong winds that are blowing across the sea areas reaching between 9 and 10 Beaufort. 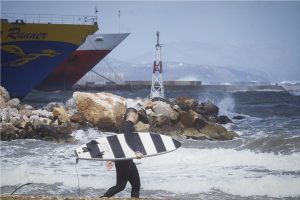 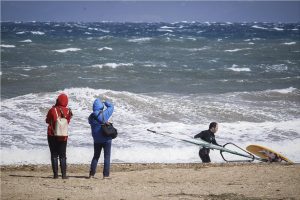 The hydrofoil ships remained moored in the Argosaronic Sea, while the Perama-Paloukia line, Arkitsa-Edipsos, Rio-Antirrio, Prinos-Kavala and Alexandroupolis-Samothraki are also closed. 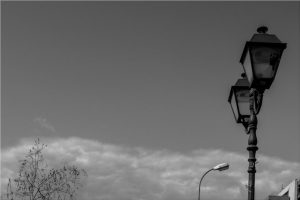 The Civil Protection authorities posted instructions on their website (www.civilprotection.gr) advising citizens on the course of action they should take for safety. These include:
– Securing objects which, if drawn by the wind, may cause disasters or injuries
– Fixing billboards that you may have posted.
– Locking the doors and windows of your home or work area.
– Avoiding activities in marine and coastal areas.
– Avoiding passage under large trees, hanging signs and generally from areas where light objects (eg pots, broken glass, etc.) may peel off and fall onto the ground (eg under balconies). 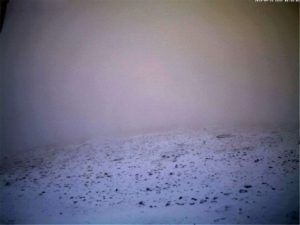 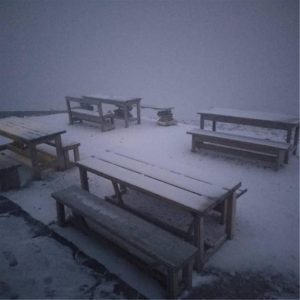 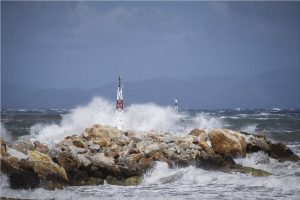