Revelations of sexual harassment, sexist behaviour, and indecent acts by people holding positions of power in sports are mounting. 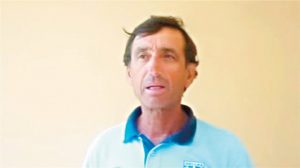 The athlete claimed the coach would enter the rooms of the female athletes unannounced and see them half-naked.

Kyridou revealed the details in a 9-page testimony: “The coach entered our rooms unannounced and saw us half-naked”, shedding light on the case. Following her formal complaint, both Konstantinos Kontomanolis and another coach have been relieved from their coaching duties.

In her deposition, the 22-year-old athlete describes the sexist comments, behaviours that are anything but in line with sports, while she added that she had not spoken out about the situation because she feared being thrown off the team.