Lieutenant General Georgios Blioumis, the Chief of the Hellenic Air Force General Staff (HAFGS) had the chance to co-pilot the French multi-role fighter jet Rafale in France, where he attended the multinational aviation exercise VOLFA 20.
The aviation exercise took place in Mont de Marsan, western France, and the HAFGS Chief got a hands-on feel of the combat aircraft’s capabilities.

Greece recently announced an upgrade to its Armed Forces, including the acquisition of 18 French multi-role Dassault Rafale aircraft. Six of the new Rafale will be new and the rest will be slightly used by the French Air Force.

He flew in the formation of two Rafales, which executed scenarios of aerial combat, low cruising, and attacking ground and surface targets.

Mr. Blioumis later visited the facilities of the construction company Dassault (Dassault) and the flight simulator of Rafale, while talking to the crews, Greek and foreign, who participated in the exercise. 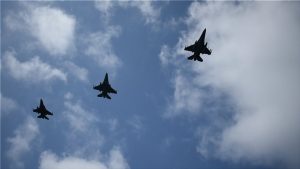 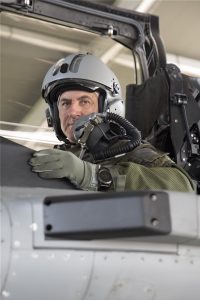 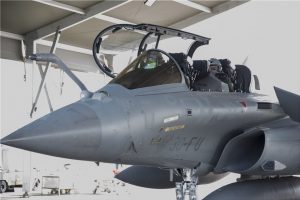