If successful, India will be the fourth country to land on the Moon, after the US, USSR & China

India has successfully placed its rover-carrying spacecraft Chandrayaan-2 into lunar orbit, clearing one of the final hurdles for the Vikram lander’s historic touchdown on the unexplored southern pole of the Moon.

Because of the great risks associated with the feat, the highly sophisticated maneuvering required some great engineering skills and precise calculations from the Indian Space Research Organisation (ISRO) scientists.

The team had to slow down the spacecraft just to the right velocity to complete the intricate work of this segment of the mission. 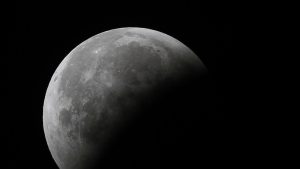 Approaching lunar orbit too fast would cause the spacecraft to bounce into deep space while placing it in position at slow speeds would result in a crash landing because the ship would be unable to battle the moon’s gravitational forces, SRO explained.

Chandrayaan-2 will now perform several maneuvers in orbit before attempting a soft landing on the lunar surface on September 7. If successful, India will be the fourth country to land on the Moon, after the US, USSR, and China.