More and more people are looking for (and finding) a partner with the help of dating apps and platforms. According to Statista’s Digital Market Outlook, online dating services are expected to have reached 370 million active users worldwide by the end of 2021. The segment is expected to generate approximately $3.2 billion in revenue globally through paid subscriptions and free accounts.

The United States is the country with the highest percentage of its population using online dating services (approximately 49 million people), translating to a penetration rate of 14.72 percent. It is also the country in which the segment generates the most revenue, with an expected market volume of $674 million in 2021.

The United States is the clear market leader, but online dating is also quite popular in European countries such as Spain (12.83 percent penetration rate) or France (10.18 percent). Despite usage relative to population being lower in India and China (at 2.74 percent and 5.63 percent, respectively), the sheer size of the countries’ populations translates into revenues that by far surpass those generated in European countries. 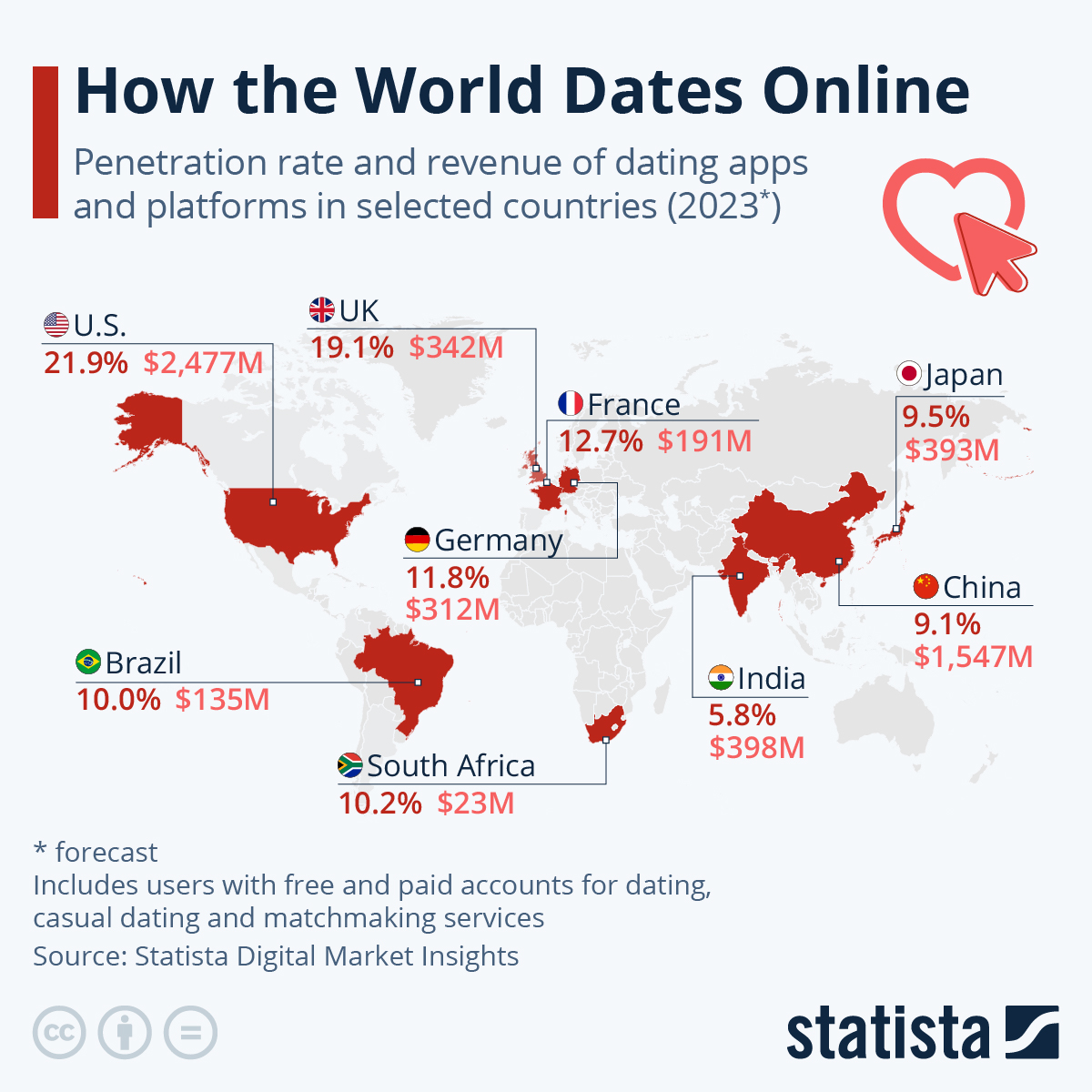