Louis Ottens — the Dutch engineer credited with inventing the audio cassette tape — has died at the age of 94.

Dutch newspaper NRC Handelsblad first reported that Ottens died March 6th in Duizel, the Netherlands. No cause of death was provided.

A longtime engineer at the Dutch electronics and technology company Philips, Ottens — in his role as head of the product development department — led the Belgian team charged with converting the bulky reel-to-reel tape recorders of the era into something more portable and consumer-friendly; Ottens’ goal was to make a cassette tape that could fit a jacket’s inside pocket.

After its development, Philips’ audio cassette made its debut at electronics fairs in August 1963. Soon after, Japanese electronics companies created their own iteration of the audio cassette of varying sizes, but Ottens struck a deal between Sony and Philips to ensure their model would become the patented cassette on the market.

The National Interest: Why is Cyprus still divided? – Analysis 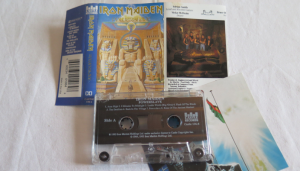 (Americans, however, would remain tethered to the 8-track cartridge for about another decade until Sony’s Walkman revolutionized the portability of music; one of Ottens’ biggest regrets was that Sony and not Philips invented the Walkman, “the ideal application for the cassette… It still hurts that we didn’t have one.”)

“The cassette tape was invented out of irritation about the existing tape recorder, it’s that simple,” Ottens said of his invention, NRC Handelsblad reported. Ottens also spoke about the invention in the 2011 documentary Cassette: A Documentary Mixtape. “I expected it would be a success, not a revolution,” he said in the film.