They call him the “beast of Ivan”, and for good reason, judging by his intimidating physique. PAOK owner, Ivan Savvidis’s personal bodyguard is named Vassilis Semertzidis, and has virtually become the shadow of the club’s major shareholder. The huge guy was thrust into the media spotlight when photos of the infamous invasion by PAOK’s owner onto the pitch on Sunday evening made the internet round on a global scale.
Standing at 1.95m tall, and weighing 165kg and with biceps of 47cm, Vassilis Semertzidis is not someone you would want to meet in dark alley. A fanatic PAOK supporter, attested to by a double-headed eagle (the team’s symbol) on his back, Vassilis spends his time between the gym, pumping iron and doing his job as a member of PAOK president’s personal security. Apart from the bodybuilding, the 35-year-old man has done some martial arts, taking part in kickboxing bouts. He fought in Greece and abroad in the heavyweight division. 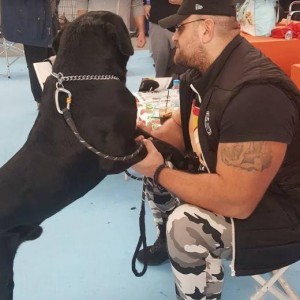 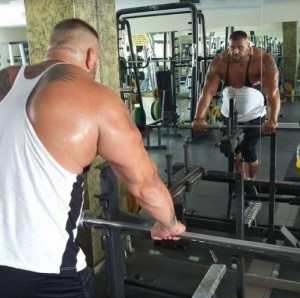 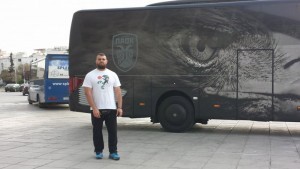 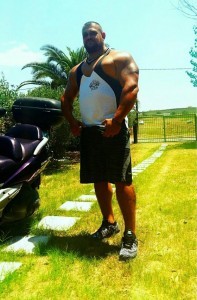 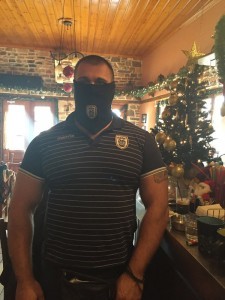 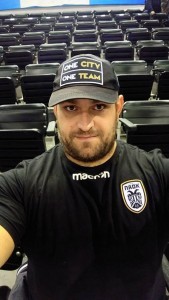 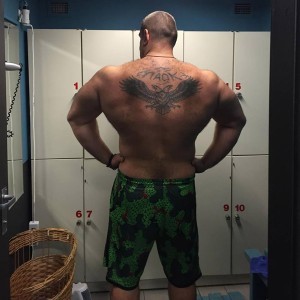 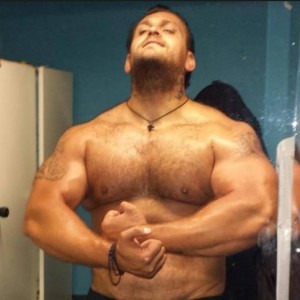