According to the Italian authorities and their latest count, there are 3 Greeks, 6 foreigners and 1 unidentified body which was impossible to recover from the raging waters – The Greek Coast Guard makes reference to 9 Greeks for whom no information exists whatsoever

As  far as the aftermath of this tragic naval accident is concerned, the Italian authorities seem to have hit rock bottom levels of disorganization. On Wednesday they came up with a new number concerning the deceased, namely 10 instead of 11 which was the number we were all aware of.

This new misdemeanor, to say the least, is yet another incident to the series of blunders regarding the official number of rescued and missing passengers and their respective lists. As a result, the Greek authorities have resorted to a demarche, demanding all the principal evidence and data in order to put an end to the horrific drama of hundreds of people, both victims and relatives of theirs, inflicted upon them since  Sunday morning

As mentioned earlier, there are 9 Greeks for whom there is no information whatsoever regarding their whereabouts or their condition. As posted on the Greek Coast Guard official website, their names are the following : 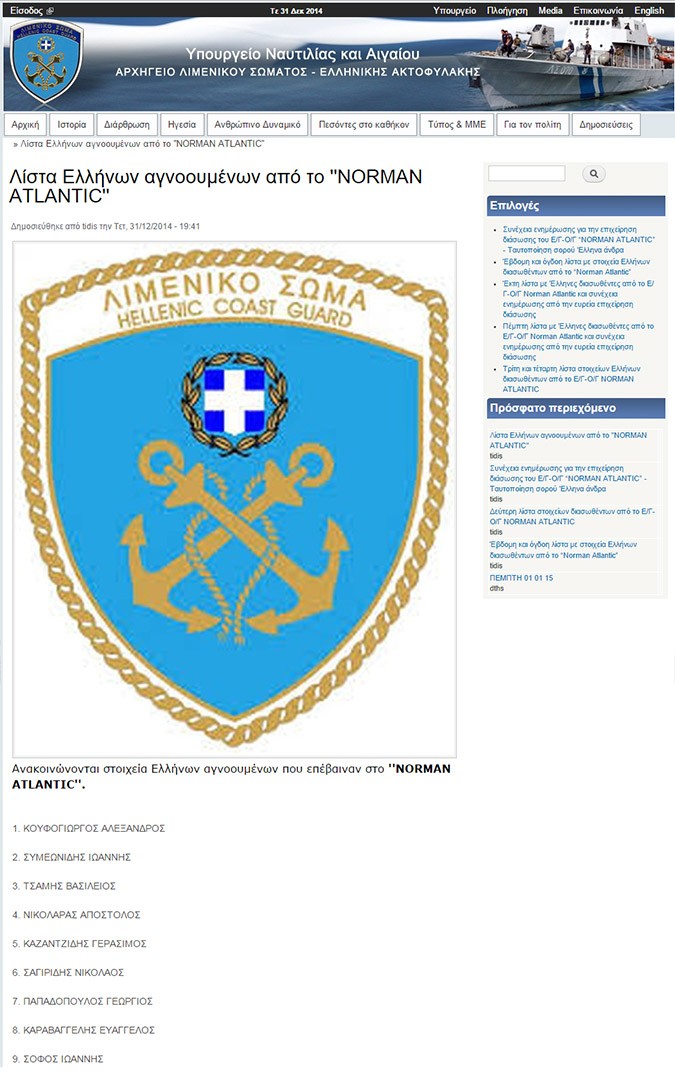