As the next generation of video game consoles is looming on the horizon, the best-selling console of all time is celebrating its 20th birthday. On March 4, 2000, Sony released the PlayStation 2 in Japan, before bringing it to eagerly waiting gamers around the world in the fall of the same year. Upon its arrival, the PS2 was an instant hit and it remained popular for a very long time. Even though its successor, surprisingly named PlayStation 3, arrived in 2006, the PlayStation 2 remained in production until 2013 as an affordable entry-level system.

According to official figures from Sony, the company sold more than 155 million PS2 units since its launch, making it the most successful video game console for the living room by a wide margin. As the following chart shows, Sony has been dominating the gaming landscape for the past two and a half decades, claiming four of the top five spots in the gaming hall of fame.

Both Sony and Microsoft are currently approaching the end of the lifecycle for the PS4 and Xbox One, respectively, as both companies have confirmed the launch of their next-generation consoles in time for this year’s holiday season. While the next PlayStation will simply be called PS5, the next Xbox will be named Project Scarlett. 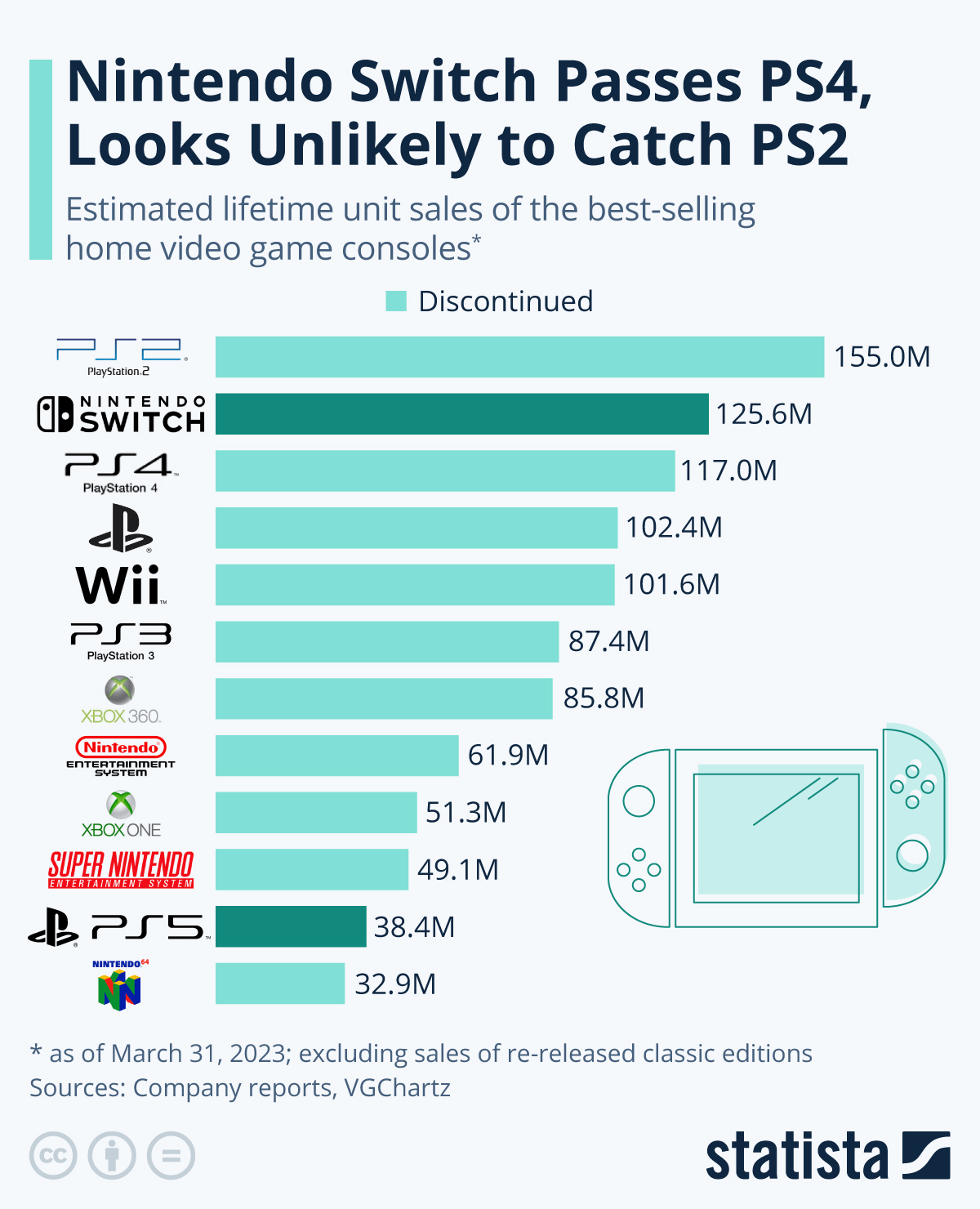