Hollywood? What about Hollywood?…

Zeus, the king of the Olympian Gods, was not only known for being the most prominent entity in the ancient Greek pantheon, he also had a reputation for his endless affairs and his many children, not all of them from the same mother.

His wife, Hera, was the mother to some of Zeus’ descendants, and, as one might expect, her jealousy was legendary. It’s not uncommon to read about her acts of revenge both against Zeus, his lovers and the children coming from these relationships. The following are some of the best-known sons of the Greek deity. 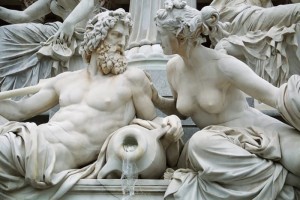 According to some myths, Ares, the god of war, was the only child Hera and Zeus had.

Other stories see them as parents also of Hebe, cupbearer of the Olympics, as well as of the goddess of childbirth, Eileithyia. As were his parents, Ares was an Olympian god. 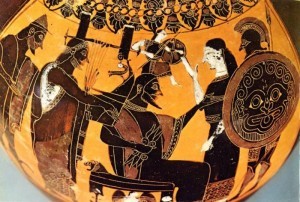 When Metis, the Oceanid, was pregnant with Zeus’ child, the god was the object of a prophecy predicting his male son would be wiser, eventually threatening his power and authority. Therefore, as soon as he learned Metis was pregnant, he swallowed Metis and the child.

Zeus started experiencing pains nine months later, and shortly after, Athena as born from his head, already grown and wearing armor. Athena, the goddess of wisdom was Zeus’ favorite child. 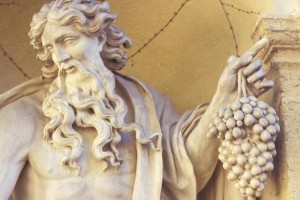 According to one version of the myth, the god fell in love with Semele and used to visit her in secret. When Hera discovered the affair, Semele was already pregnant.

Changing her appearance, Hera befriended Semele who, trusting her, told Zeus’ wife about her secret lover. Hera, pretending she did not believe in her story, made Semele doubtful about Zeus’ true attributes as a god.

Zeus, upon learning about Semele’s doubts, was eager to prove he actually was the Olympian god, promising to grant her any wish. She demanded that Zeus reveal himself in all his glory not knowing that mortals cannot look upon the gods without being incinerated, and she perished.

Zeus rescued the fetal Dionysus by sewing him into his thigh and the child was born a few months later. When he grew up, Dionysus rescued his mother from Hades. Later, she became a goddess on Mount Olympus, with the new name Thyone.

The twins of Leto 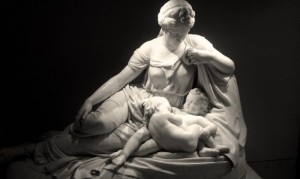 The Titan goddess Leto (or Latona) had been one of Zeus’ lovers even before he married Hera. However, when Leto got pregnant with Zeus’ twins Artemis and Apollo, Hera and Zeus were already married. This made Hera extremely jealous of Leto.

In revenge, Hera made it almost impossible for Leto to find a place where to give birth. Leto wandered the world, but nobody wanted to upset Hera by offering her shelter, except a small floating island.

Her birth pains lasted long, and after nine days she gave birth first to Artemis and then to Apollo. As a result, the island received the name of Delos and remained attached to the sea bottom. 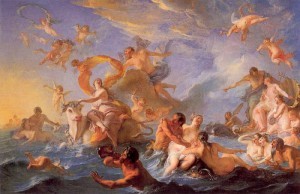 The only daughter of king Aginor, Europa, was abducted by Zeus on the Greek island of Crete.

According to the myth, Zeus was in love with Europa and decided to seduce her by turning himself into a tame white bull, mixing in with the herds of her father. When Europa saw the bull she caressed it and eventually got onto his back. Zeus ran to the sea and swam, with her on his back, to Crete where he revealed his true identity.

Europa became the first queen of Crete where she gave birth to three sons by Zeus and then Europa married king Asterios. Her children were the future King Minos, Rhadamanthys and Sarpedon. 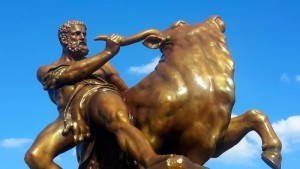 Heracles, also a son of Zeus, had a mortal mother known as Alcmene, however, he was not a regular human, he had unusual strength and was very brave.

Hera, out of jealousy, always tried hard to make Heracles’s life miserable, getting to the point of killing his own children out of madness. And even after going through his labours, he never really got rid of the guilt. 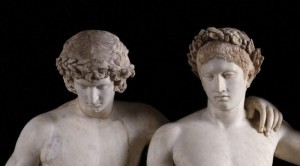 Different myths discuss the real origin of some of the following offspring of Zeus:

Disguised as Artemis, Zeus conceived Arcas, son of Callisto. While disguised as a swan, he got Leda pregnant with Castor and Pollux.

Zeus also conceived Myrmidon, son of Eurymedusa, after taking the form of an ant; Thyia gave birth to Magnes, first king of Magnesia and Makednos, ancestor of Macedonians.