A mysterious fanged sea creature that washed up on a beach in Texas following Hurricane Harvey has been identified.
Preeti Desai found the decaying fish on a beach in Texas City, and asked Twitter for help.
She posted several photos with the caption: “Okay, biology twitter, what the heck is this?”
Her request was passed to biologist and eel specialist Dr Kenneth Tighe, who believes it is a fangtooth snake-eel.
He said it may also be a garden or conger eel, because “all three of these species occur off Texas and have large fang-like teeth”.
The fangtooth snake-eel, also known as a “tusky” eel, is usually found in waters between 30 and 90 metres deep in the western Atlantic ocean. 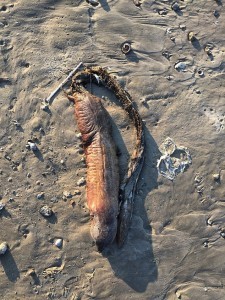 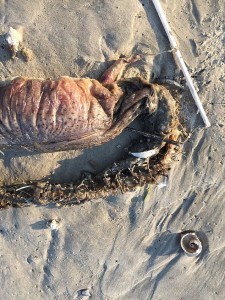 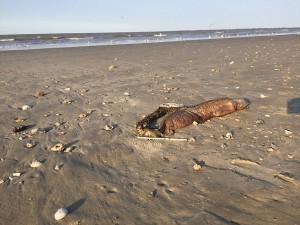 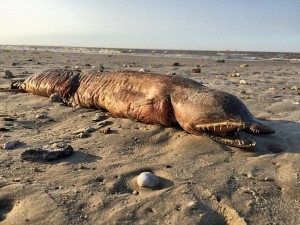