Washed up dead on Cape Cod

Cities along the East Coast of the US are experiencing record-breaking snowfall and extreme drops in temperature; it’s been so cold that sharks have been washing up on shore frozen to death.

Atlantic White Shark Conservancy has reported that a number of thresher sharks which washed up dead on Cape Cod are likely to have died from ‘cold shock’ due to the icy temperatures in the water.
‘Cold shock’ happens when animals are exposed to sharp drops in temperature and can cause muscle spasms or cardiac arrest, Masslive.com reports. According to scientists, the cold shock is likely to have resulted in the sharks ending up stranded on the shore, where they will have suffocated quite quickly.

Marine scientist Greg Skomal told the New York Times: “If you’ve got cold air, that’ll freeze their gills up very quickly. Those gill filaments are very sensitive and it wouldn’t take long for the shark to die.” 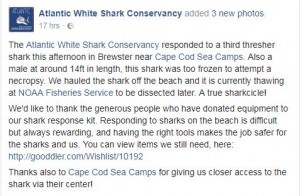 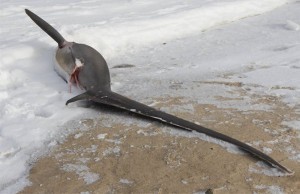 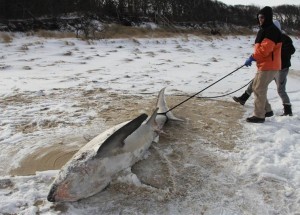 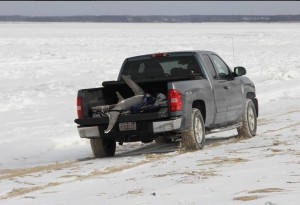