Thousands of people spent up to eight hours in their cars

Tens of thousands of drivers who traveled for their Christmas holidays were stranded yesterday on the Athens-Thessaloniki highway, as the first winter snowfall “cut” the country’s main road in two!

For at least eight hours, hundreds of cars had been trapped, forming tails reaching almost 15 kilometers, and only at 11 am could the problem gradually be rectified as the weather phenomena subsided and the road opened.

There were problems late at night also on the Afidnes-Malakasa highway, as the Traffic Police banned the heavy vehicles, causing them to be trapped in the spot. 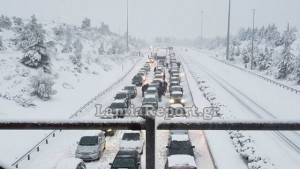 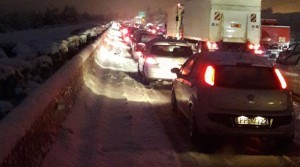 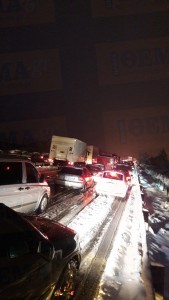