NASA lost the ability to send its astronauts into orbit when the Space Shuttle was retired back in 2011. That forced the U.S. to book seats on Russia’s Soyuz spacecraft for nearly a decade but that finally changed when SpaceX’s Falcon 9 rocket and Crew Dragon capsule lifted off from the Kennedy Space Center last Saturday. The launch is being heralded as the start of a new era for American space flight, given that it’s the first time astronauts have been carried into orbit by a spacecraft designed and built privately. Bob Behnken and Doug Hurley, the crewmembers onboard, safely reached orbit and subsequently docked with the ISS on May 31.

As well as removing America’s dependence on Russia to send its astronauts into space, the SpaceX launch was significant for another key reason – its cost. NASA awarded both SpaceX and Boeing contracts worth $3.1 billion and $4.8 billion, respectively, under a program called Commercial Crew to develop a new spacecraft. It resulted in the cheapest spaceflight development effort in close to 60 years and a NASA audit carried out in 2019 found that the price per seat offered by SpaceX in particular is significantly more cost effective than previous programs and even the Soyuz.

The Apollo program had a cost per seat of $390 million when adjusted for inflation according to the Planetary Society while the figure for the Space Shuttle comes in at $170 million. The NASA audit estimated that the per-seat cost of the SpaceX Crew Dragon comes to $55 million while Boeing’s Starliner adds up to $90 million. Not a bad deal for American taxpayers by any stretch. What about the Russian option? SpaceX is also considerably cheaper than the 12 trips NASA paid Russia for since 2017 that worked out at approximately $80 million per seat. 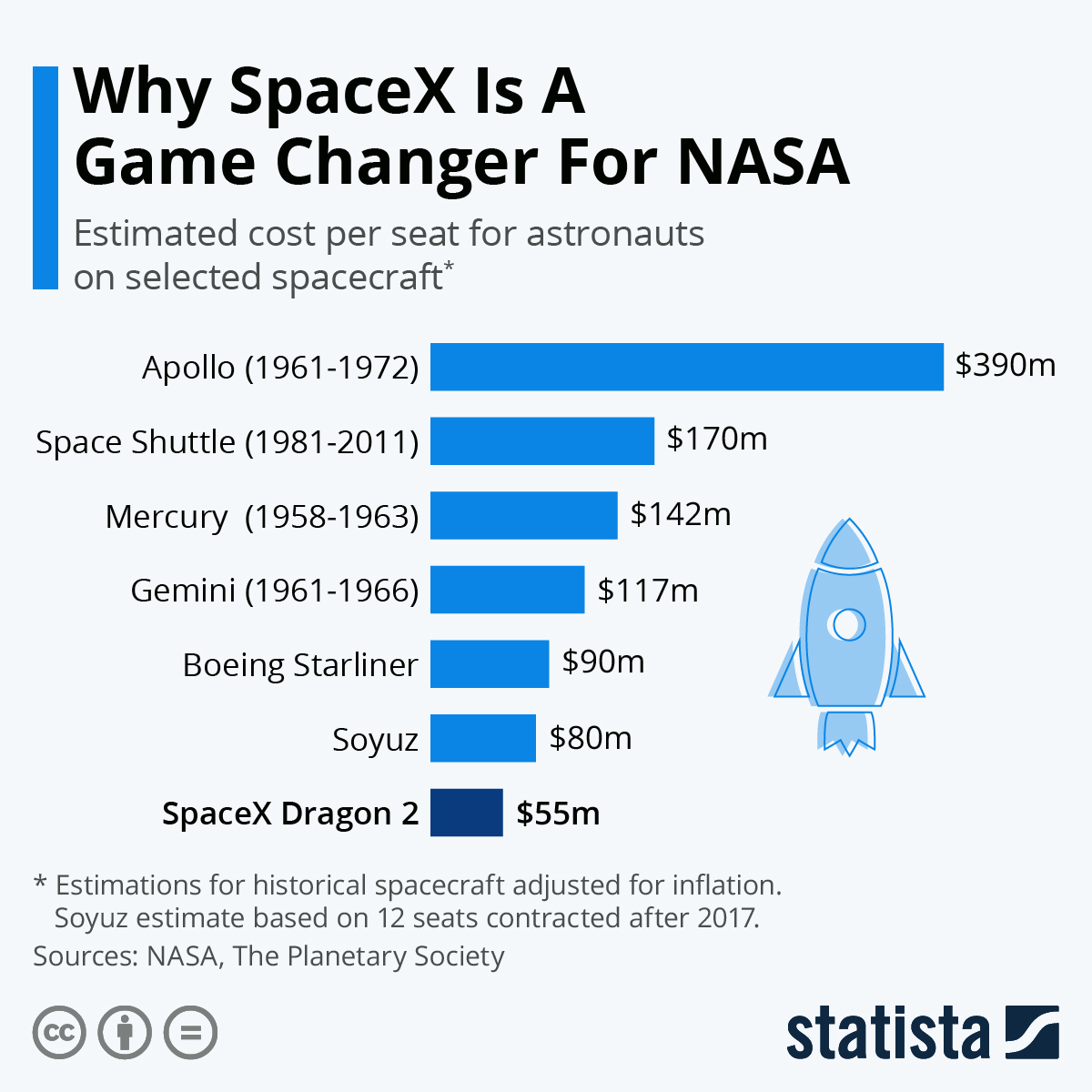