The elections in Albania are over and Edi Rama won again.

For Albania, however, with an embarrassing record on minority rights, corruption and crime, it seems that this may be the beginning of a period of regional instability, as Edi Rama’s recent statements regarding a possible unification with Kosovo, still ring in the ears of the international community.

Moreover, the carefully planned terrorization of the Greek National Minority in the southern part of Albania, an area also known as Northern Epirus, will probably not stop any time soon. 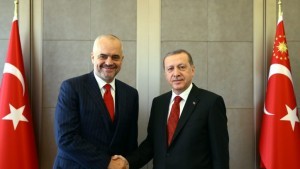 This has mobilized the members of the Greek minority and the Greek Ministry of Foreign Affairs, albeit the latter to a relatively limited extend.

One of the people within the Greek minority that voices these concerns, the president of the Association of Northern Epirus Mr. Babis Karathanos, was interviewed by Himara.gr, a news website dedicated on issues related to the National Greek Minority of Northern Epirus.