Here’s how the cow economic principles are at play in Greek political parties.

We have two cows, and we tax these. We also place an added duty on milk and an estimated joint property tax (ENFIA) for every square meter of property the cows graze on plus an added levy for the amount of calves predicted to be reproduced. Our yield goes to the international milk bank, and they well us cream at twice the price.

We have two cows, but we ask the European Commission to give us subsidies for 102. We also get grants for lactose and at night we spend the grants while partying at the bouzoukia dancing zeimbekika.

We have two cows, we issue another 100 and have 102 cows with free milk for all the people.

We have two Greek female bovine animals and reproduce these with two Greek bulls and then share out the milk with only Greeks. Foreign cows will be butchered and offered to impoverished Greeks in need of beef.

There is money! There are cows! We should go to a referendum to see if the milk should be flavored with chocolate.

We condemn the attempt to bribe cows and have a secret video to prove it.

Lets see who gathers the most milk and then join them for the milkshake. 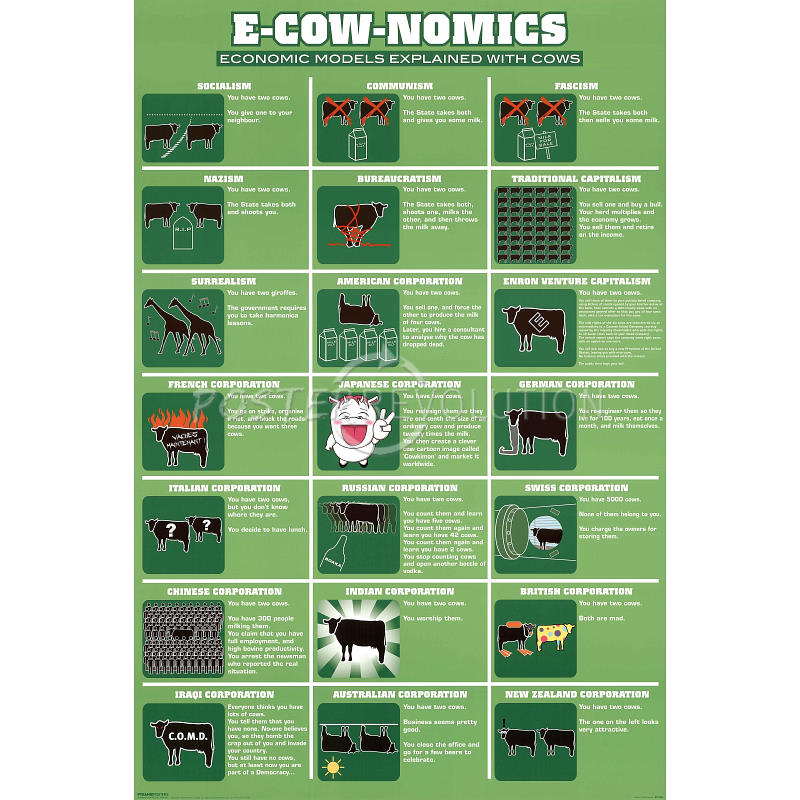