Naomi Osaka is the highest-paid female athlete in the world. Forbes had announced that the 22-year-old Japanese-American had overtaken tennis legend Serena Williams as the highest-earning female in May, but finally dropped the full list of top-paid female sports stars this week.

With total earnings of around $37.4 million, Osaka also broke the record for the most money ever earned by a female athlete in a year set by Maria Sharapova in 2015, when the Russian tennis player made $29.7 million.

Tennis players absolutely dominate the list of female top earners in sports, while the men’s top ten is a mix of different disciplines, including tennis, soccer, basketball, golf and American football. Male and female sports superstars, including Osaka and Williams, earn the most money through endorsement deals, not prize money, making public appeal just as important for high earners as athletic ability.

Natalie Eva Marie will kick your behind & leave beg for more! (videos-photos)

Osaka, who competes for Japan, was able to secure major endorsements ahead the Toyko Olympics, originally scheduled for 2020. This made her the world’s third best-paid tennis player after Roger Federer and Rafael Nadal in 2020 and the second highest-earning when only counting endorsements. In the co-ed ranking of the world’s highest-grossing athletes, Osaka comes in 29th, followed by Williams in rank 33. 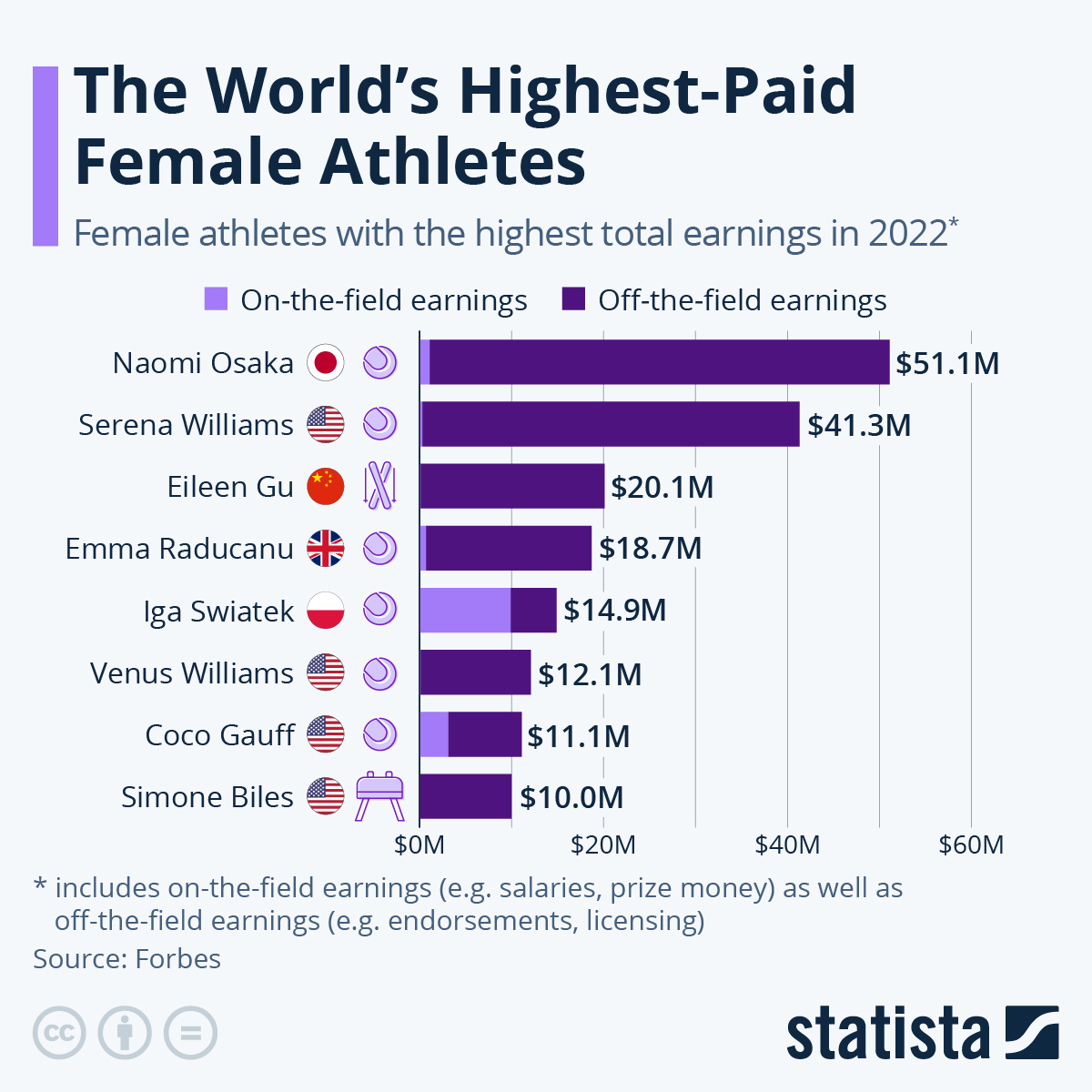