According to a recent op-ed in the New York Times, the migration crisis hitting Greece is becoming a ‘full scale disaster’. Thousands of third world nationals are flooding a country trying to recover from a 6-year recession and in constant fear and uncertainty of a default.

As main gateways to Europe, Greece and Italy are the two European Union countries bearing the brunt of the massive influx of suffering refugees, but also of illegal migrants trying to enter into the ‘paradise’ of Europe. Frontex, the European agency for border control estimates that nearly a quarter of a million illegals entered Europe from January until July 2015. Here is an infographic showing the routes they take on their journey for a future. 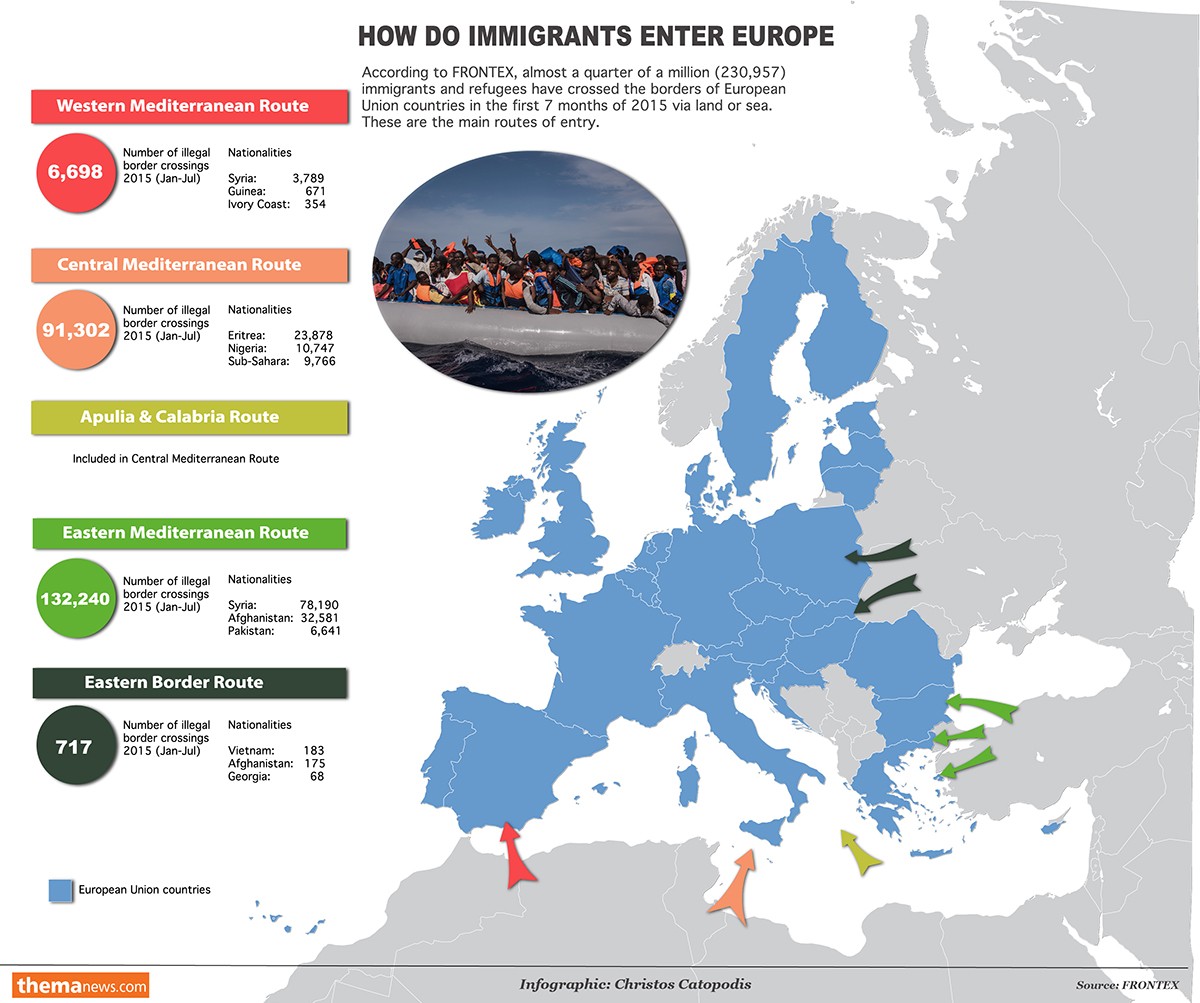