Having started out as a multi-platform market, the smartphone landscape has effectively turned into a duopoly in recent years, after Apple’s iOS and Google’s Android crowded out any other platform including Microsoft’s Windows Phone, BlackBerry OS, and Samsung’s mobile operating system called Bada.

According to IDC, Android devices accounted for 86 percent of global smartphone shipments in 2019, with Apple’s iOS accounting for the remaining 13.9 percent. In 2010, the combined market share of Android and iOS was below 40 percent, with Nokia, Microsoft, BlackBerry and others sharing the rest of the market. 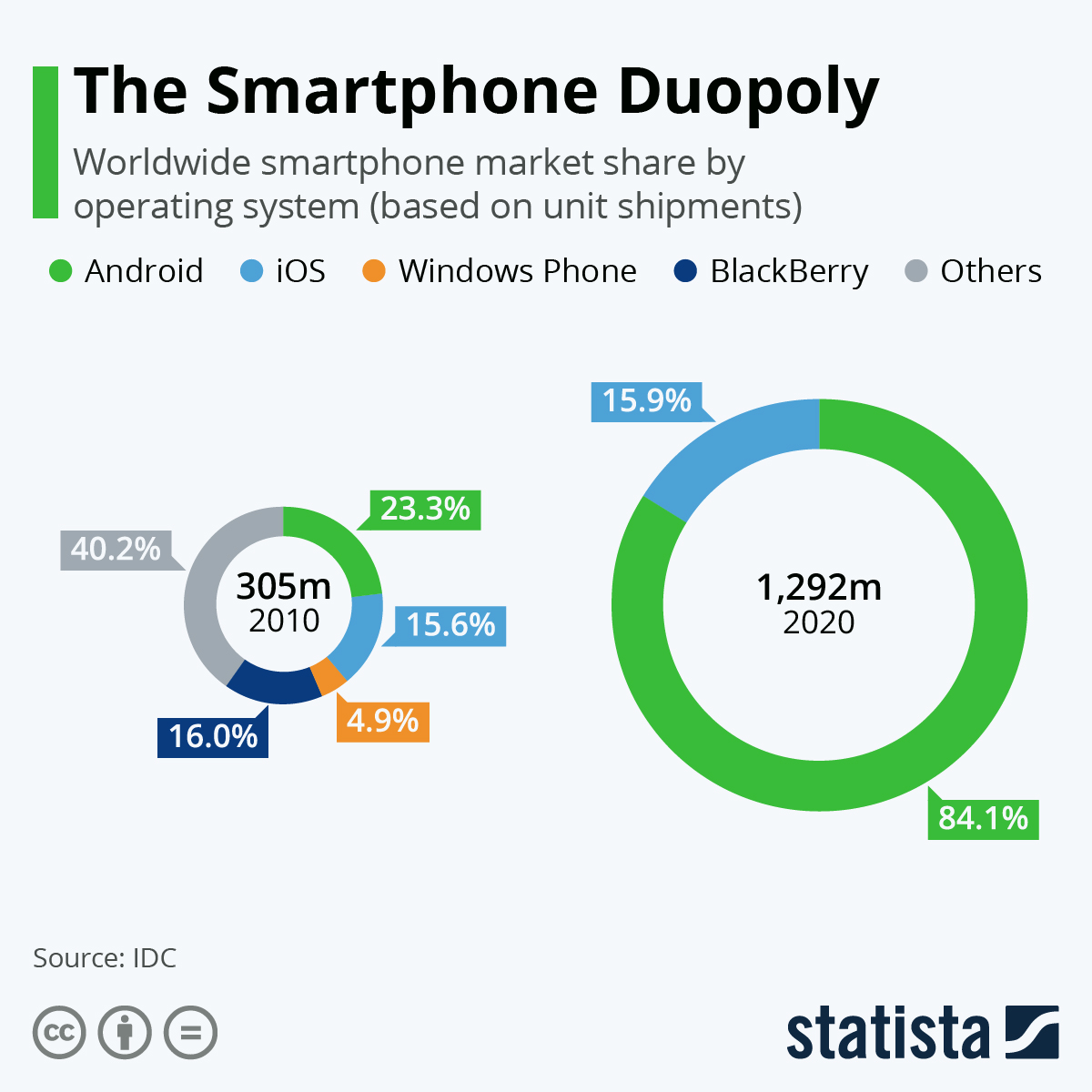