The largest one is in the US

The economic carnage brought about by the Covid-19 pandemic has led to investors hedging against the ongoing volatility and that has driven the price of gold to record levels. In August, the price per ounce surpassed $2,000 for the first time ever. Political uncertainty in the United States is also leading to soaring demand with UBS recently warning its clients to buy safe-haven assets such as gold in case a contested presidential election leads to even more stock market volatility.

The levels of demand for gold are now prompting questions about whether reserves of the commodity are being exhausted and if humanity has reached “peak gold”. Some experts believe we have indeed reached that point, a view that is supported by annual gold production statistics. Mining has largely levelled off in recent years and given that the 3,351 tonnes extracted in 2019 were 1 percent lower than 2018, we are actually on an ever so slight downward trajectory. That’s according to a BBC analysis of World Gold Council data which also states that while new gold deposits are being discovered, large reserves are increasingly rare with the majority of production still happening in older mines that have been in use for decades.

So which mines are producing the most gold every year? The BBC analysis states that gold mines in Nevada produce around 116 tonnes of the stuff every year which is comfortably the highest amount globally. The Muruntau Gold Mine in Uzbekistan’s Qizilqum Desert is the world’s largest open-pit gold mine and it has the second-highest level of annual production at 66 tonnes. The Olimpiada gold deposit in the Severo-Yeniseysky District of Russia was discovered in 1975 and its mine is the third-largest worldwide with 43.2 tonnes each year. 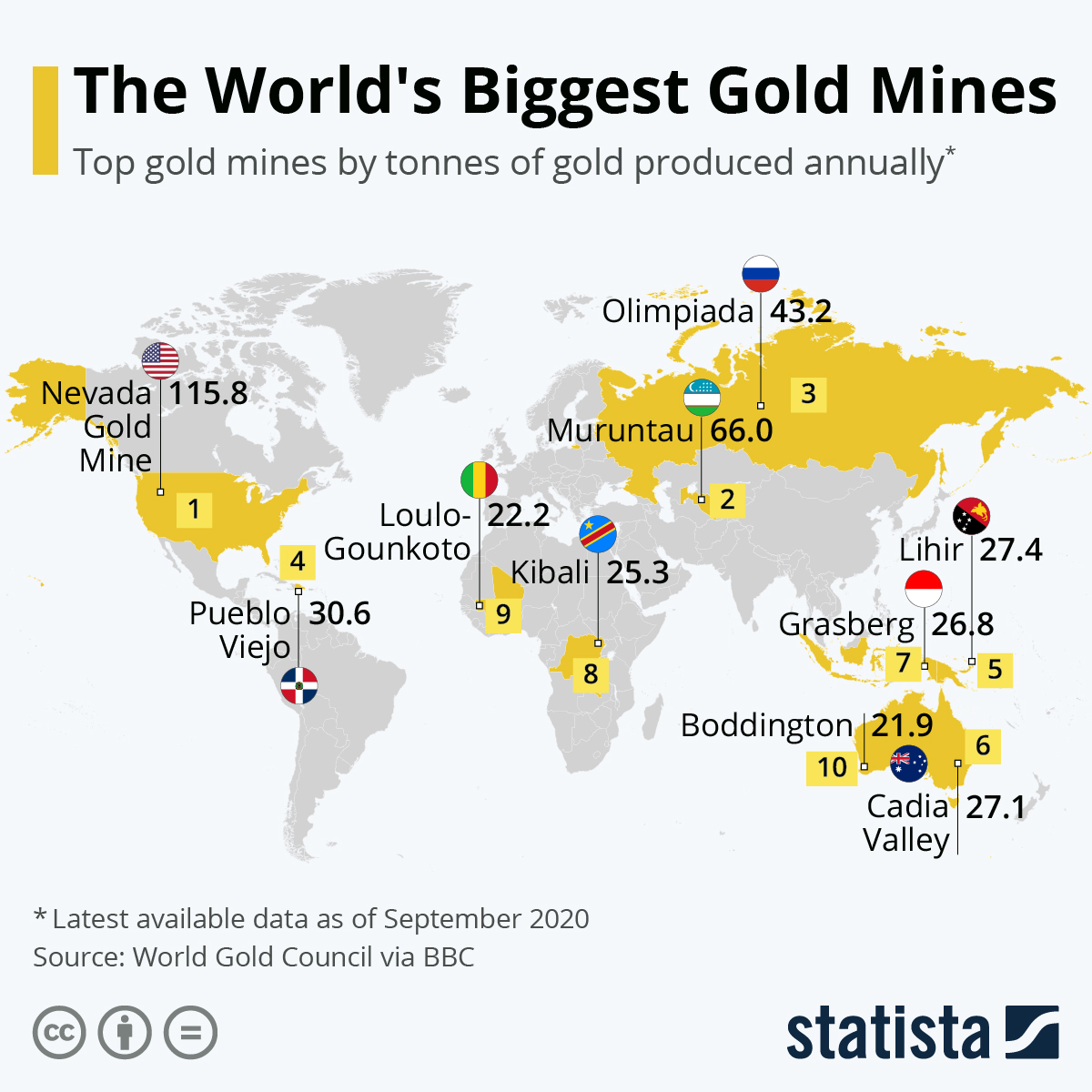