With heatwaves, droughts and other extreme weather events becoming more frequent and wildfires wreaking havoc across the globe, the consequences of climate change are becoming more and more visible. And while the calls for more sustainable solutions to many aspects of our everyday lives are growing louder, large established companies often struggle to make bold, radical changes, paving the way for startups to innovate and re-think the way things are done in a given industry. Tesla is possibly the best example of a fast-moving upstart beating industry heavyweights at a game it shouldn’t be winning, considering the goliaths it is up against.

According to a recent report from PwC, venture capital investment in “climate tech” startups, including companies from a broad range of sectors tackling the challenge of decarbonizing the global economy, has risen sharply over the past decade. PwC finds that climate tech startups attracted more than $16 billion in VC funding last year, up from less than $500 million in 2013. In total, $59.5 billion of venture capital flowed into startups contributing to the reduction of global carbon emissions, be it in the mobility sector or elsewhere. 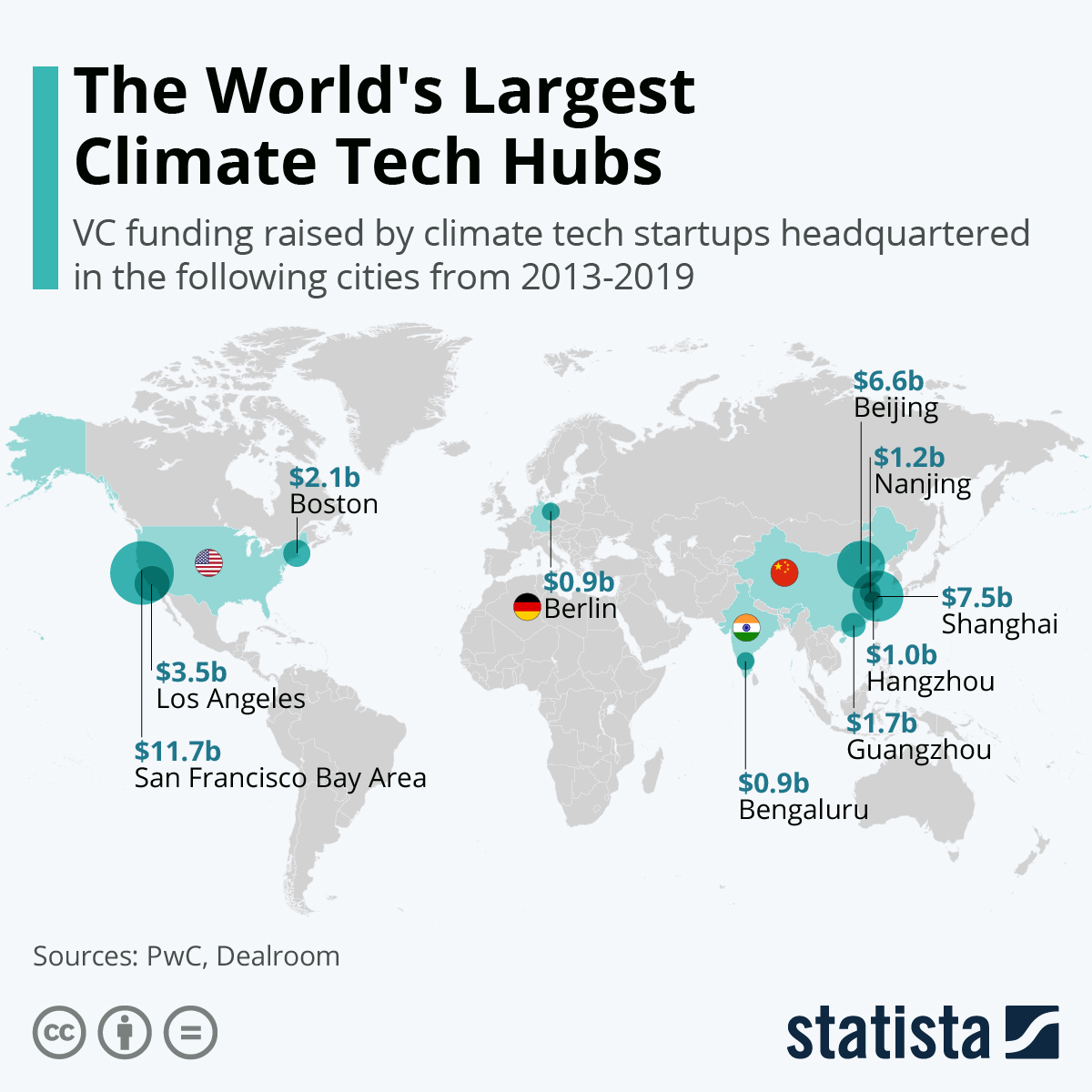