Not one is in a western country

For some governments, nothing signifies the pride and strength of their nation better than an extremely tall flagpole. Back in the 1980s, the South Korean government erected a 323 ft flagpole in Daeseong-dong which flies a flag weighing 287 pounds. Not to be outdone, North Korea responded by putting up their own flagpole measuring 525 ft tall in Kijŏng-dong right by the border between the two countries which flies a 595 pound flag.

Today, the world’s tallest flagpole isn’t located on the Korean peninsula but rather in Jeddah, Saudi Arabia, according to WorldAtlas. Built with 500 tons of steel, that behemoth was put up in September 2014 and it stands 561 ft. The Dushanbe Flagpole located in front of the Palace of Nations in Dushanbe, Tajikistan is the second tallest flagpole globally at 541 ft while Baku in Azerbaijan has the third-tallest at 531 ft. 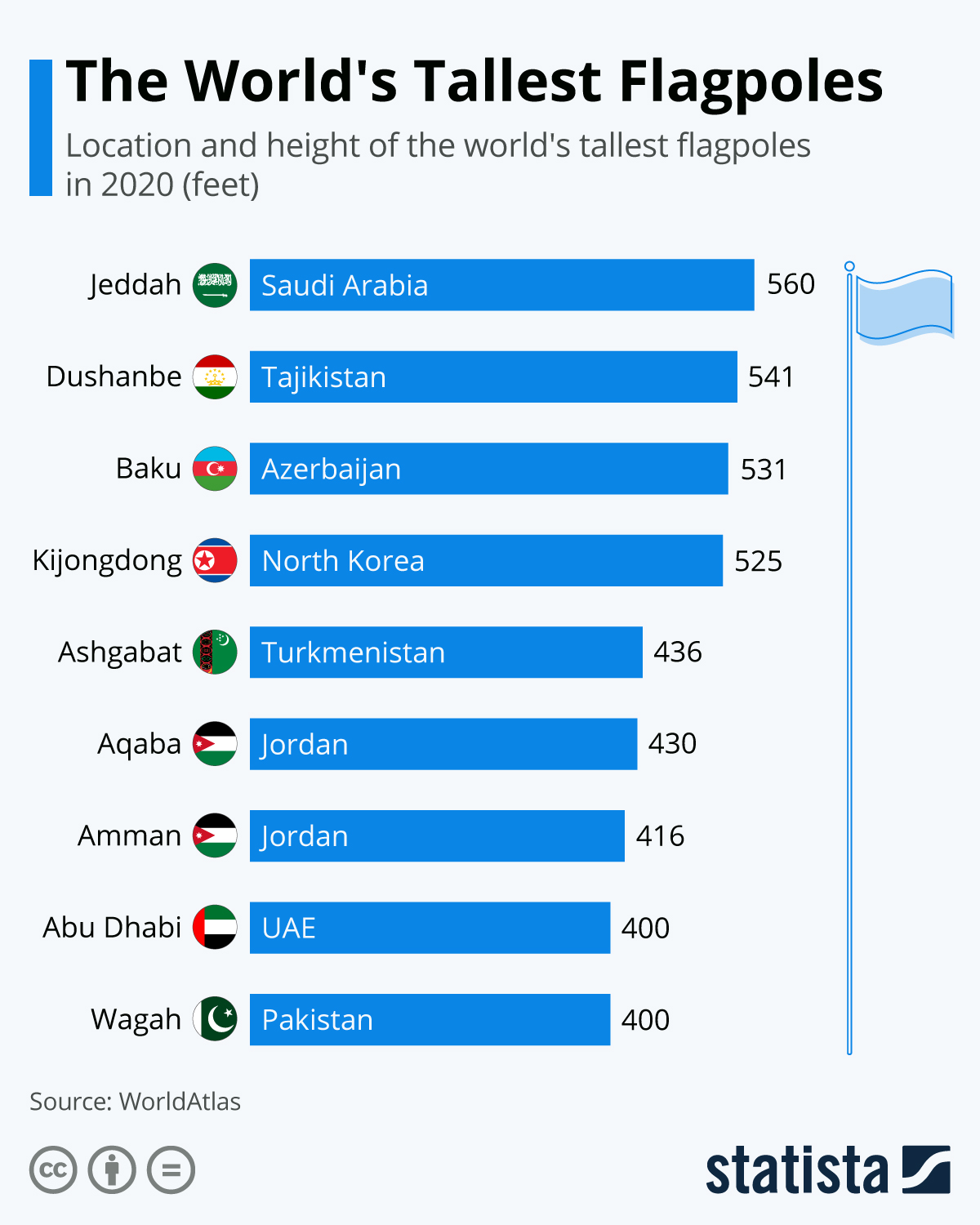