The demands are increased due to Turkey’s provocations

The Greek Army has incorporated 15 new Mitsubishi pick-up trucks in its fleet for the purposes of patrolling on the borders of Evros with Turkey.

The L200 vehicles will start patrolling on the borderline immediately as the needs are pressing for the protection of the north-eastern frontline at Evros due to Turkey’s provocative tactics in the region. 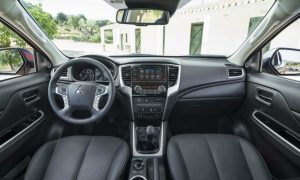 In recent months, mixed units of men from the Police, Frontex and the Greek Army have been patrolling Evros in an effort to deter migrants being pushed from the Turkish side from entering into EU territory. 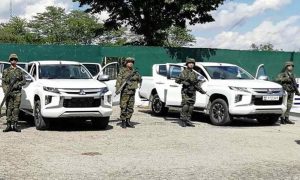 The increased needs for vehicles with heightened operational capabilities, led Greek authorities to the procurement-with express procedures- of 15 double-cab Mitsubishi L200 which are part of the force of the 4th Army Corps (according to the report of enikos.gr).

This particular double-cab version of the L200 is equipped with a 2.2-litre engine producing 150 hp & 400 Nm of torque. It has a towing capacity of up to 3 tons with a braking trailer, while the 4-wheel drive system Easy Select 4WD makes it ideal to tackle any terrain.