Those thinking of violating speed limits on the Greek Motorway 90 (Northern Road Axis of Crete), will have to think twice, as the Greek highway patrol will have a new ‘beast’ on the roads.

The latest addition to the Traffic police fleet is a three-liter BMW 535 with 268 hp which will be roaming the highway.

It is a significant ally in the work carried out by the Traffic Police, especially since dozens of violations have been recorded daily Motorway 90.

According to zarpanews, two more vehicles are expected to be added to the fleet soon. These will come either from customs seizures or from criminal organizations.

Data shows the extent of the unconscious driving behaviour displayed by motorists using Motorway 90, as the official figures from ELAS revealed in summer. In the period 12-18 August 608 violations were recorded only on this highway. 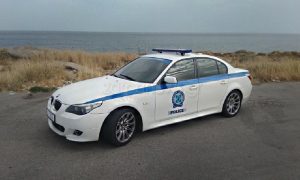 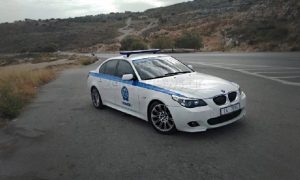 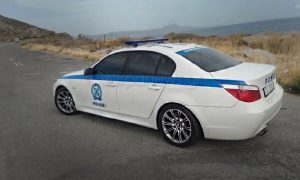