They say birds of a feather flock together, so what is the leftie who called his child Che doing navigating the yacht of the hair transplant king?

Greece’s former prime minister Alexis Tsipras, who lives in a humble working-class flat with Betty and his two sons, spent summer on an isolated island known as Ereikoussa or at least that’s the publicised part of his vacation that the public were privy to. After the humble holiday he flung off the “I’m a man of the people facade” he went yachting and then spent some time at the holiday house of Greek DHI hair transplant king Kostas Giotis living in the lap of luxury. Proto Thema revealed the photos of the former PM and his friends having a good time playing on a mini-football machine while people were lining up at ATMs in the hope of making ends meet.

Soon after the images were publicized, humorous and cynical comments lit up the internet. On his part, Giotis closed down his account as though trying to hide something. Proto Thema’s sources revealed that the Radical Left Coalition (SYRIZA) spokesperson Kostas Arvanitis called Giotis and asked for the photographs showing Tsipras navigating a yacht be pulled down. Noteworthy is the fact that Arvanitis is the man that brought Tsipras in contact with Giotis.

It wasn’t just the local press that took note… Swiss newspaper Neue Zurcher Zeitung wrote that “Alexis Tsipras star is fading” whereas conservative ND MEP of the EPP party, George Kyrtsos, took to Twitter stating “Tsipras’ association with the DHI boss is fitting because we’ve lost our hair with all he’s done…”

@KostasKap wrote, “Tsipras must have misheard and thought DHI was giving a brain transplant” whereas @islandlayer stated that “It would have been better for interaction with DHL (couriers) so that we could parcel out a few.” Others wondered whether Tsipras had a license to navigate a yacht… they feared he would do to the yacht what he did to Greece and smash it “onto the rocks.”

Facebook picked up on the story, with users speaking of “national hair loss” and Dimitrix X stating that “After the prime minister made 10,000,000 Greeks lose their hair he posed with mr. DHI because… the result counts.” Chr. P. wrote that “now the SYRIZA president will pledge even hair for baldness” with a dig at the PM’s pre-election pledges.

Even the conservative ND leader Vangelis Meimarakis, Tsipras’ adversary, couldn’t resist but take a dig at Tsipras and the yacht during an interview on Monday. 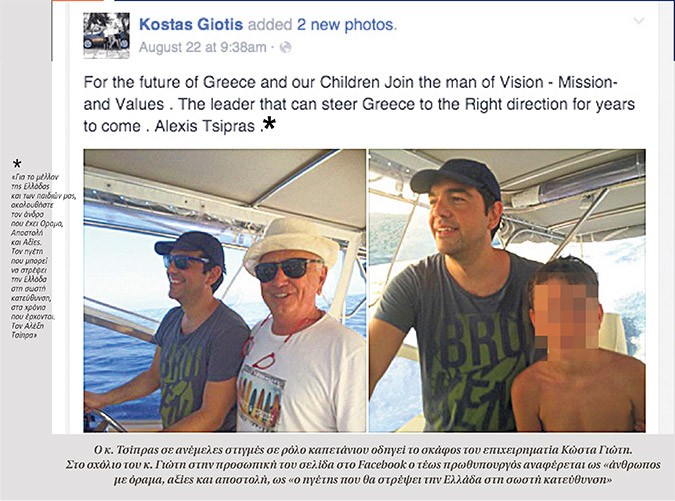 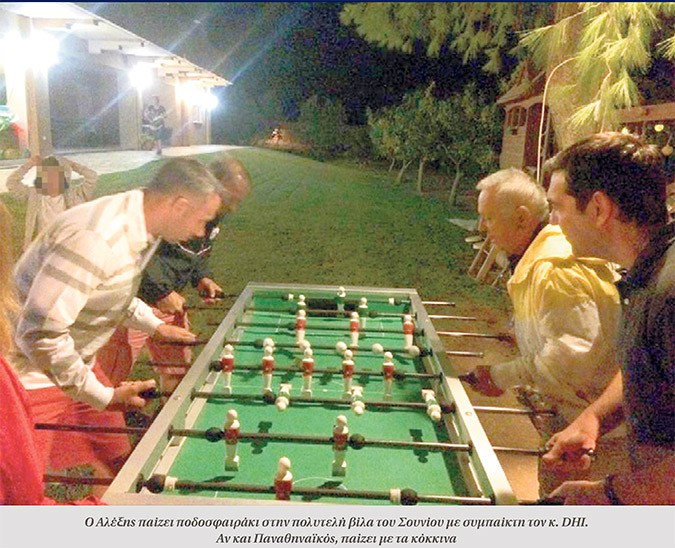 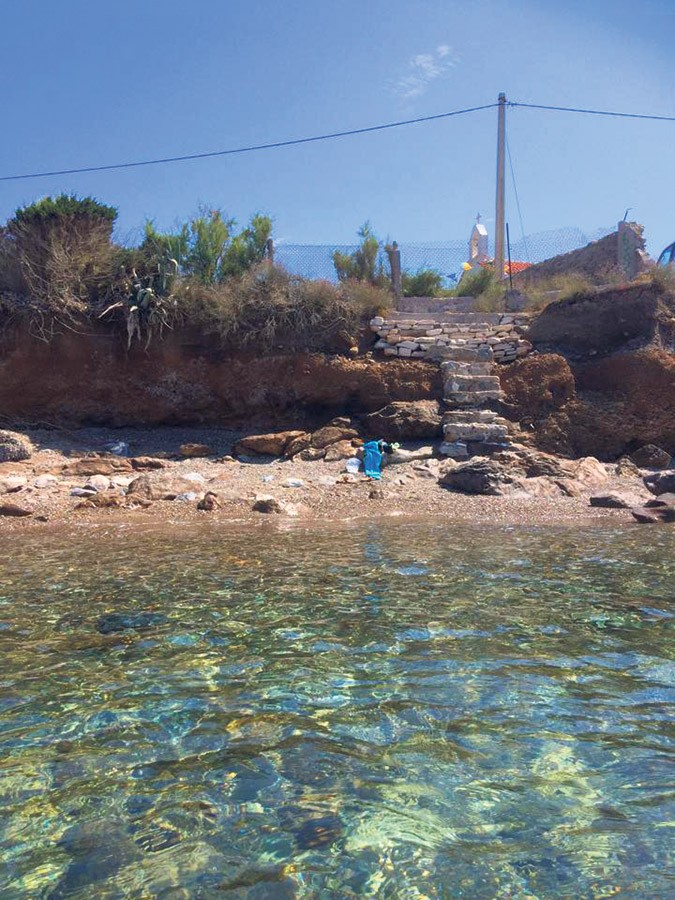