It’s business as usual for Turkey…

Though, the opening will concern only the 1,5 km long beach and not the enclosed city itself, the move is considered to be a huge provocation as Turkey avoided EU sanctions for its stance towards Greece and Cyprus just four days ago. 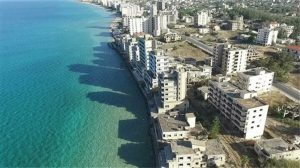 The ceremony, which is part of Ersin Tatar’s campaign in support of Sunday’s illegal “presidential election” in the Turkish occupied Turkish-Cypriot sector of the island, will take place on Thursday.

Turkish Cypriot Prime Minister Ersin Tatar says the beaches of Maras (Varosha) will reopen to the public on Thursday. This once thriving resort city has been a ghost town since 1974. Looking forward to it being restored to its former glory. pic.twitter.com/YaVoNHfhng

The Turkish President also “killed” all efforts to resume dialogue to resolve the Cyprus issue, saying that after the 2017 five-party conference in Crans-Montana, “it is clear that there is no prospect of a comprehensive solution in Cyprus and we decided to rely on concrete facts and not dreams”. He also stated that the reactions of Nicosia “are already in vain”. 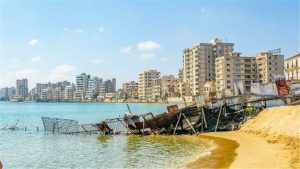 After the extraordinary meeting of the National Council of Cyprus, during which the leaders of the parties were informed about the developments around Famagusta, ended with a joint official statement.

Immediately afterwards, President Anastasiadis stated that this was a highly unacceptable situation.

The Cypriot government representative, Kyriakos Kousios, read a joint statement of the National Council which states:

“The National Council strongly condemns Turkey’s current actions, which violate the relevant UN Security Council resolutions, in particular UN Security Council Resolutions 550 (1984) and 789 (1992), and calls on Turkey to withdraw and comply with the above resolutions. The second paragraph is the one in which ELAM disagrees.

Reiterates the readiness of the Greek-Cypriot side to participate in a fruitful dialogue for the settlement of the Cyprus problem, away from threats and accomplished, on the basis of the framework defined by the relevant UN resolutions, Security Council decisions and EU principles and values of which the Republic of Cyprus is and will remain a member”.

Cyprus also sent a non-paper to the EU stating that this action will permanently end all negotiating efforts regarding the Cyprus issue.
Greece: Blatant violation of UN Security Council Resolutions

Greece strongly condemns Turkey’s decision to extend the entry permit to the coastal front of Varosha, the Foreign Ministry said in a statement.

It further emphasizes that this decision is a blatant violation of the Resolutions of the United Nations Security Council and Greece is going to support all relevant efforts of the Republic of Cyprus.

It is noted that on Tuesday night, Greek Foreign Minister Nikos Dendias had a telephone conversation with his Cypriot counterpart Nikos Christodoulidis.

“We discussed the new illegal and provocative actions of Turkey in Varosha”, says Nikos Dendias, in a post, regarding the communication he had with Mr. Christodoulidis. 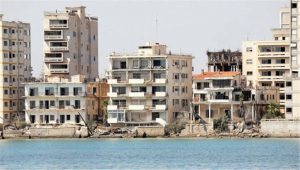 High Representative for Foreign Affairs and Security Policy Josep Borrell stated that, “The EU is deeply concerned about today’s announcements and developments in Varosha.

It will cause greater tensions and may complicate efforts to resume talks on resolving the Cyprus issue.

What is urgent now is to build trust and not to create bigger divisions. The EU will continue to support such efforts, as the Heads of State and Government emphasized in the European Council conclusions of 1-2 October.

The EU is in close contact with the United Nations and is closely monitoring the situation on the ground.

The initial reaction of the UN

The Secretary-General of the United Nations expressed his “concern” emphasizing that the UN position on this issue remains unchanged and is determined by the relevant decisions of the Security Council.

According to the UN announcement the UN Secretary-General “emphasizes the need to avoid unilateral actions that could spark tensions on the island and undermine a return to dialogue or the future success of the talks for the settlement of the Cyprus issue.

In addition, Antonio Guterres “urges all parties” to engage in “dialogue to resolve their differences” and reaffirms his readiness to help the parties sit at the same table.