In all cases, they were intercepted by the Hellenic Air Force (HAF).

Although the violations of the Greek airspace and the Athens FIR is a rather common activity of the Turkish Air Force (THK), these particular violations especially provocative as they come just three days before the official visit of the Turkish President Recep Tayyip Erdogan to Greece, the first such visit in 65 years.

The visit is supposedly going to be an attempt to bridge a number of differences dividing the two countries, but this activity of the THK leaves little hope for any real progress in the talks that will take place in the following days in Athens. 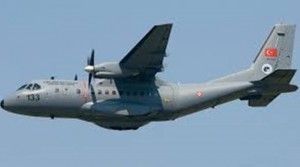