Nintendo is once again the big winner

Given the circumstances, it doesn’t come as a huge surprise that the U.S. video game industry had a very good March, a time when it usually faces a post-holiday sales slump. According to industry data from the NPD Group, total spending on video game hardware, software, accessories and game cards amounted to $1.6 billion in March 2020, the highest March figure since 2008, when Nintendo’s Wii was flying off the shelves.

Twelve years later, Nintendo is once again the big winner, as the Nintendo Switch set an all-time record for hardware unit sales in March despite being sold out in many places. The Japanese gaming company also had the best-selling game of the month with Animal Crossing: New Horizons, which instantly became the second best-selling game of 2020 across all platforms. According to Mat Piscatella, a game industry analyst with NPD, Animal Crossing became one of Nintendo’s fastest-selling games ever – and that is saying something for the company that owns the Super Mario franchise. 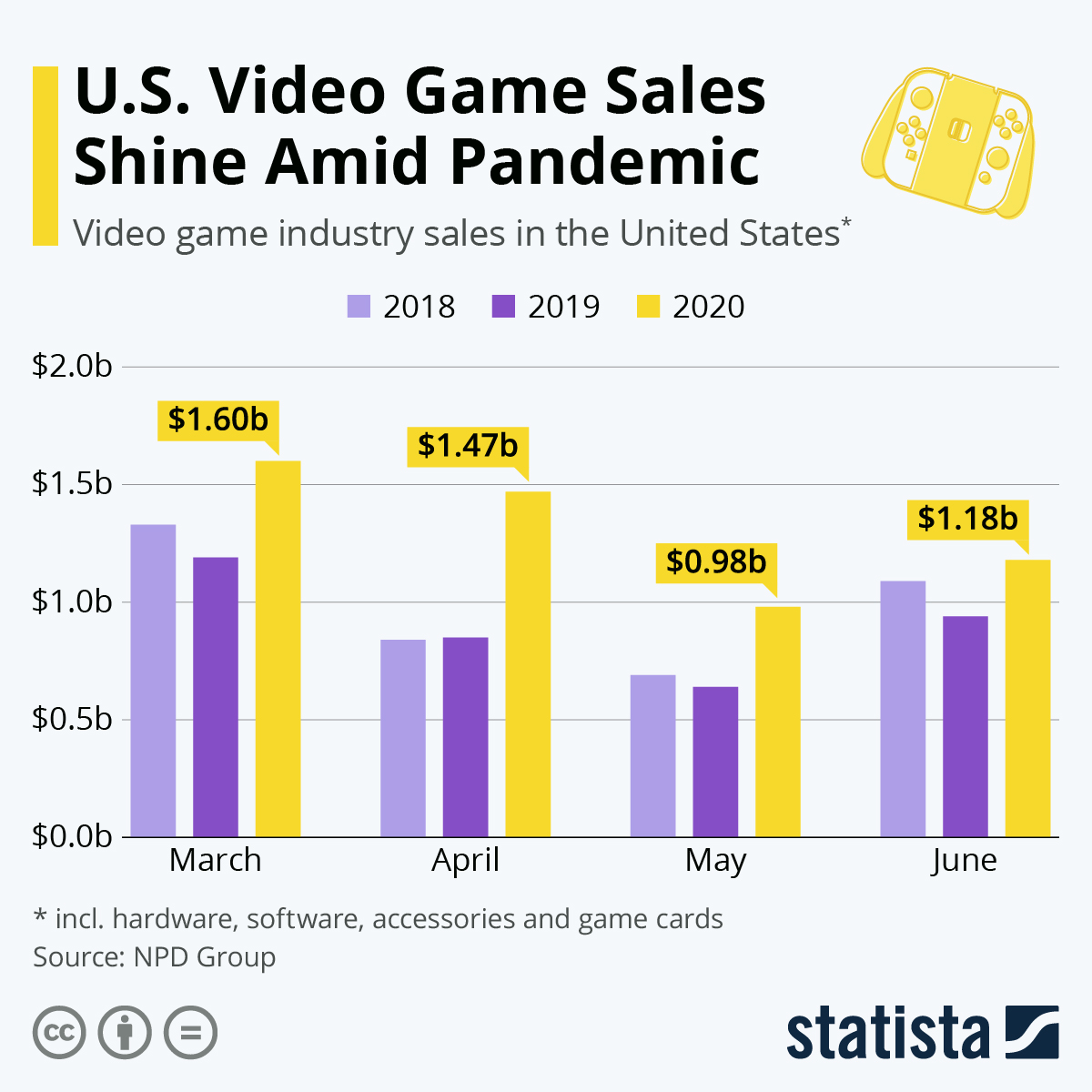