An old photograph has resurfaced and is doing the internet rounds showing Arnold Schwarzenegger dancing tsamiko, a popular folk dance, with evzones of the national guard and former prime minister George Papandreou. The photo was snapped on May 14, 1991, at Pnyx when the famous actor had come to Greece for the torch-lighting ceremony for the Special Olympics. Mr. Schwarzenegger was the honorary chairman of the Special Olympics. 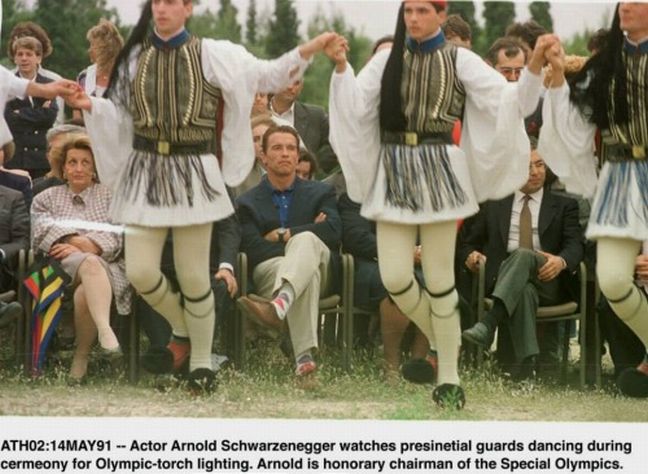 The photo from old newspaper archives went viral with many suggesting that it may have been photoshopped. 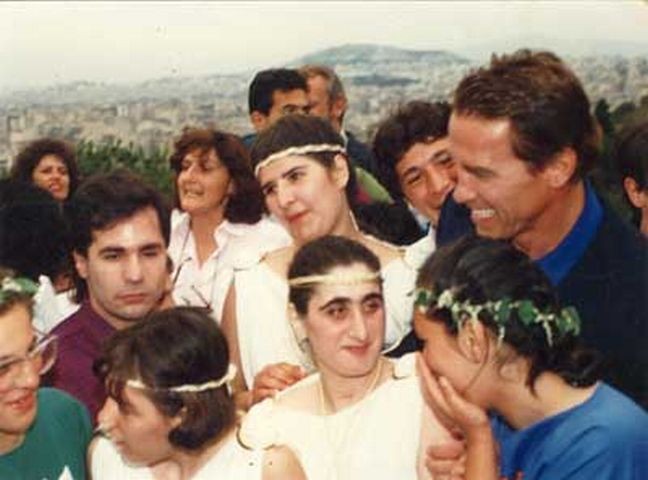 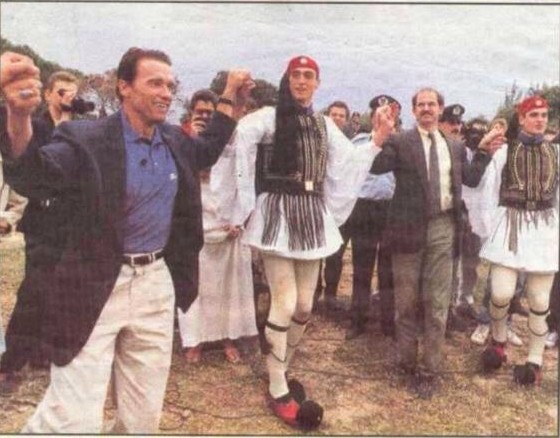