Demand for products like timber, palm oil and minerals is rising which is leading to governments, companies and criminal gangs illegally seizing land. That has in turn led to clashes as people have sought to protect their homes and the environment. A new report by NGO Global Witness has now shed light on the number of people killed worldwide as a result of conflicts over resources. The research documents 212 deaths, the highest number recorded in a single year. It adds that the data will never provide an accurate picture of the true scale of the problem due to a lack of free press in many of the countries affected as well as the fact that any governments fail to monitor abuses.

Four land and enviornmental defenders were killed every week on average last year with over half of all murders occurring in Colombia and the Philippines. The former had the highest activist/land defender death toll of any nation in 2019 with 64 documented killings. The Philippines came second with 43 while Brazil had the third-highest toll at 24. The deadliest sector in 2019 was Mining & Extractives, followed by Agribusiness and Logging. 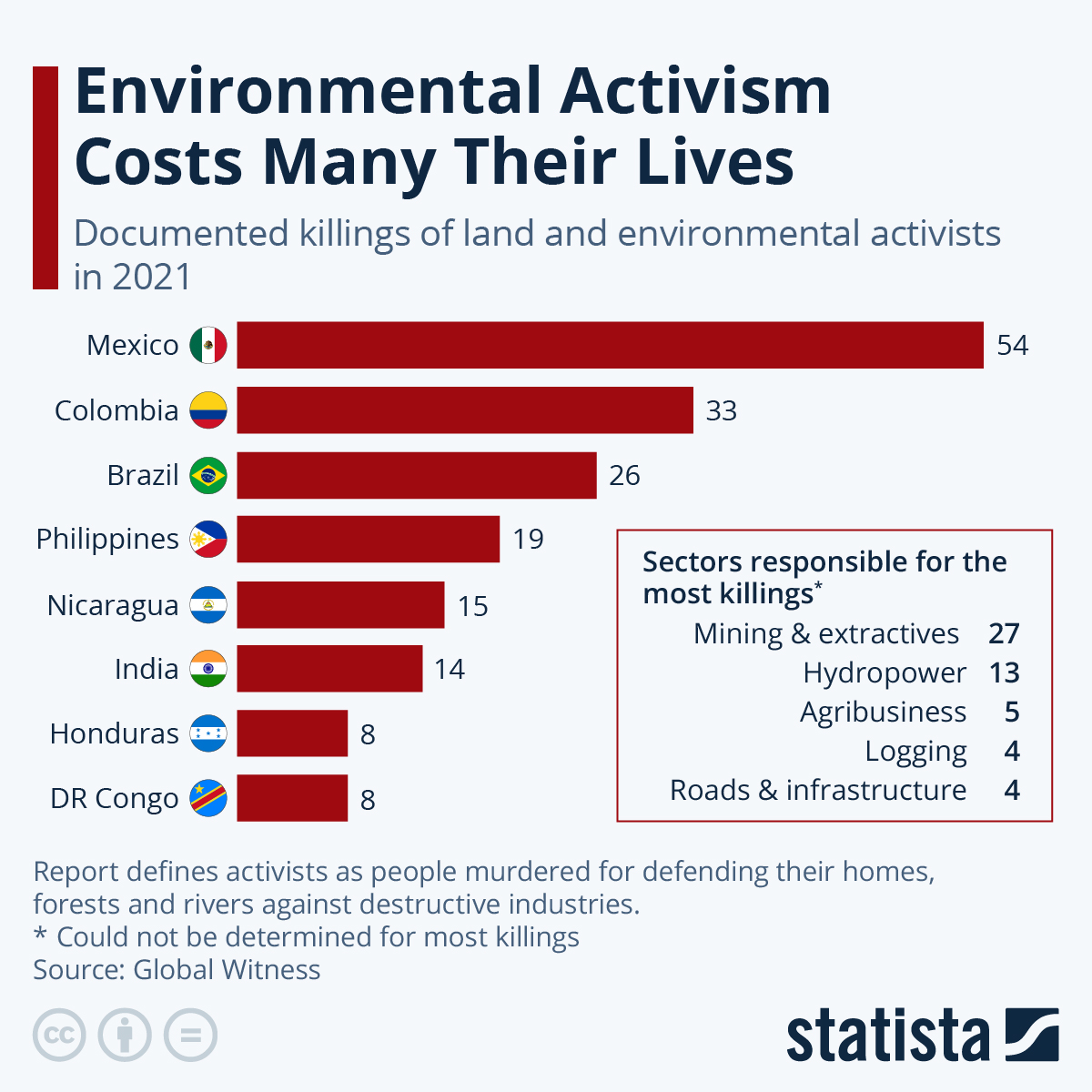