The race could be tighter than some expect

Far right candidate Marine Le Pen announced Monday that she is temporarily standing down as the leader of National Front in order to beef up her national appeal against the independent, centrist candidate Emmanuel Macron.

Yet, while conventional wisdom is that Macron will now beat Le Pen, potentially by a huge landslide, the race could be tighter than some expect.

Such expectations are being fuelled, in part, from the experience in 2002 of Le Pen’s father, Jean-Marie, when he stood on a National Front platform against right-of-centre Republicans incumbent president Jacques Chirac. Then, Chirac won over 80 per cent, the largest victory in a French presidential election. However, 2017 isn’t 2002 – it is more uncertain whether Macron will be able to inflict the crushing defeat on Le Pen in 2017. 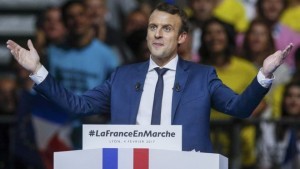 What has changed since 2002

Le Pen has different positioning to her father, as her move to stand down temporarily from her role as the National Front leader indicates. She may therefore appeal to some centre-right voters, and also a slice of the left too, given that she presents herself as an anti-globalisation champion.

Indeed, it is possible she could win more than double her father’s percentage of the vote in what has been a hugely unpredictable race so far.

New factors in the campaign so far are growing distrust of the political class, and a context of economic pain since at least the 2008/09 international financial crisis.

The country has suffered years of double digit unemployment (currently 10 per cent) and low growth (only 1.4 per cent this year) driving discontent with the status quo.

Thus, Hollande – the least popular president since records began – decided last year not to seek re-election, the first incumbent not to do so since the Fifth Republic was created in 1958.

Momentum in the race has oscillated, sometimes wildly, between four contenders who were part of an eleven-strong field in a race that Hollande said “smells bad” with “simplications and falsifications” marked by anti-establishment anger.

The lower house is key

Firstly, there was a surge for Le Pen; followed by the rise last Autumn of centre-right Republicans candidate Francois Fillon who was then plagued by scandal (Fillon finished third on Sunday); followed by momentum for Macron earlier this year; and most recently the rise in the polls of left-wing veteran Jean-Luc Melenchon, who was backed by the Communist Party (Melenchon finished fourth Sunday).

What this highlights is that the build-up to the May 7 ballot could yet have unexpected twists and turns. Much will also depend on the results too of elections in a few weeks time in the lower house of the French National Assembly.

This is because both Le Pen and Macron – both anti-establishment figures – do not have, as things stand, a strong party list in that chamber to help drive their presidential agenda through after May. Currently, Socialists and Republicans are have the highest numbers in that legislature, raising the intriguing question of how successful Macron, or potentially Le Pen, will be as president if the balance of forces in the chamber remain dominated by these two established parties – even if the National Front makes significant gains from its current two seats, and En Marche wins its first legislators in the chamber.

Taken overall, while Macron is the strong favourite, Le Pen could peel off voters from not just the centre right, but also the left. Macron is therefore unlikely to repeat the scale of Chirac’s massive win in 2002 and much will depend upon how much support his En Marche movement can win in the forthcoming legislative ballots.