The head is almost 16 inches long

Scientists have unveiled the severed head of a huge Ice Age wolf baring its teeth, which dates back more than 40,000 years.

The snarling beast with its brain intact was found preserved in permafrost in the Yakutia region on Siberia.

The head is almost 16 inches long, nearly twice the size of the head of its modern-day descendant, the Gray wolf, at 9.1-11 inches.

It was discovered above the Arctic Circle by local man Pavel Efimov in summer 2018 near the remote Tirekhtyakh River but the find was only now revealed. 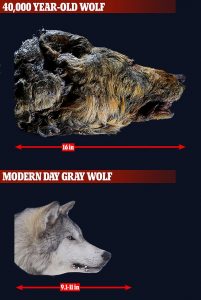 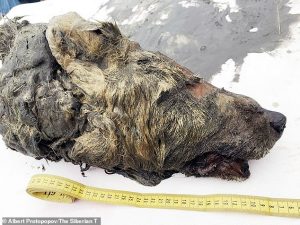 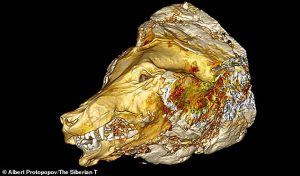 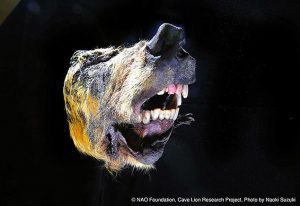 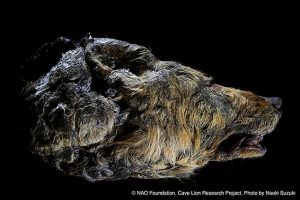 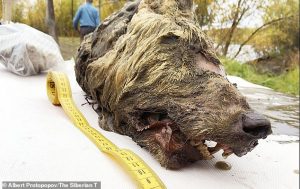