Geared up and ready for a legal battle royale, Fortnite maker Epic Games threw down the gauntlet to Apple and Google on Thursday by offering a permanent 20 percent discount on Fortnite’s in-game currency to all players purchasing directly from Epic. By circumventing Apple and Google’s payment options, Epic’s move was in clear violation of app store rules and unsurprisingly resulted in Apple and Google pulling Fortnite from their stores.

Having anticipated such a reaction, Epic Games went on to file lawsuits against both companies, while simultaneously launching a #FreeFortnite social media campaign that must have been long in the making. The game developer headquartered in North Carolina and part-owned by Chinese tech giant Tencent even recreated Apple’s iconic “1984” ad, only this time Apple was depicted as the evil behemoth that must be destroyed. “Epic Games has defied the App Store Monopoly. In retaliation, Apple is blocking Fortnite from a billion devices,” the company wrote in a tweet promoting the video, asking user to “join the fight to stop 2020 from becoming “1984”.”

The conflict between Apple, Google and the maker of the highest-grossing free-to-play game of 2019 marks a new escalation in a lingering battle between developers and the two market-leading app store providers. Both Apple and Google charge 30 percent commission on in-app purchases – a practice that developers have grown increasingly frustrated with. Apple is currently facing antitrust investigations in the EU and the United States over its App Store practices, which the company is vigorously defending by pointing out that other digital content stores have similar rules and commission structures in place.

It will be interesting to see what happens, now that one of the most powerful app publishers is openly challenging app store rules in what appears to be a well-planned out maneuver. As the following chart shows, Fortnite quickly gained a massive following after its release in the summer of 2017. As of May 2020, the game had 350 million registered players worldwide, making it one of the biggest games of all time. 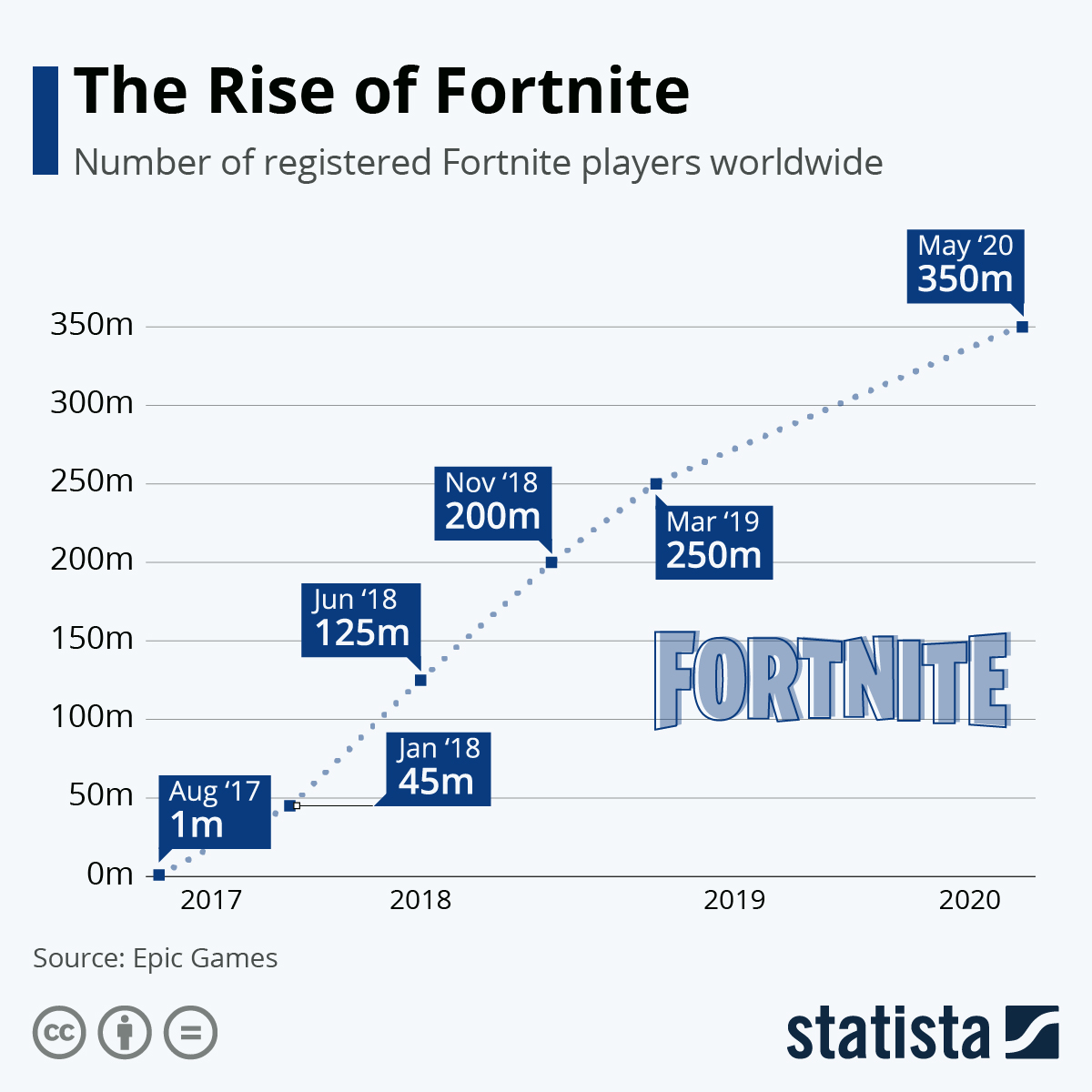