A new study by market analyst KPMG has found that Europe’s biggest soccer clubs have lost €1 billion in revenue due to Covid-19. The pandemic has led to clubs having to play their games in empty stadiums, depriving them of badly needed revenue, while the volatility of the situation has caused uncertainty regarding sponsorships and other payments. 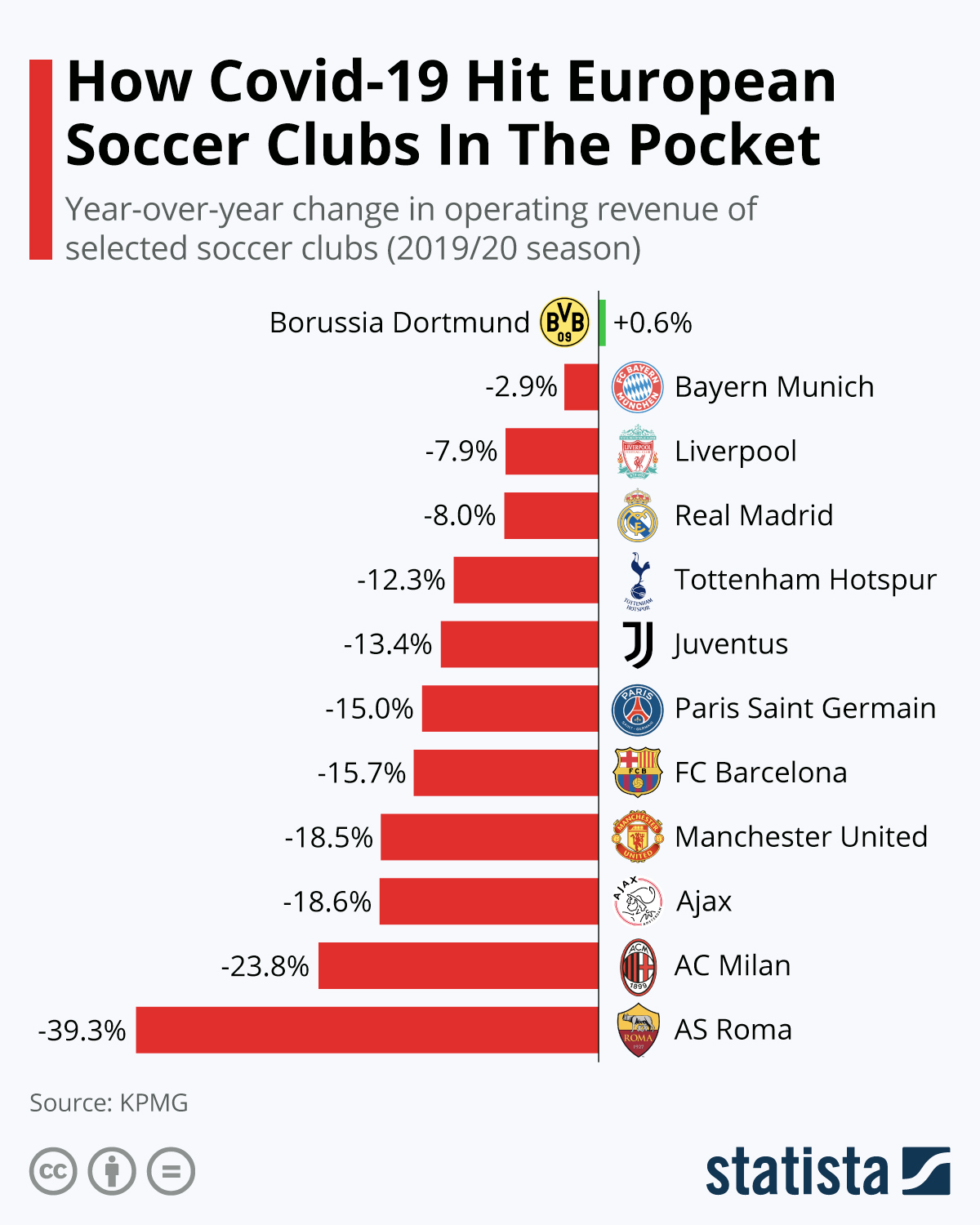