Beyond the realm of Myths…

Some of the most exciting archaeological discoveries and mysteries are the ones involving the ancient ruins of kingdoms lost beneath the waves. There is something about the underwater world that captures our imagination – perhaps it is the curiosity and intrigue about what may lie beneath the surface, or the idea that entire cities may be concealed on the ocean floor, out of sight and out of reach. Sometimes marine archaeologists are lucky enough to make incredible discoveries, but several of the sunken kingdoms in this article remain hidden; they’re legendary lands wrapped in ancient myths.

The quest for the mythical submerged Temples of Mahabalipuram 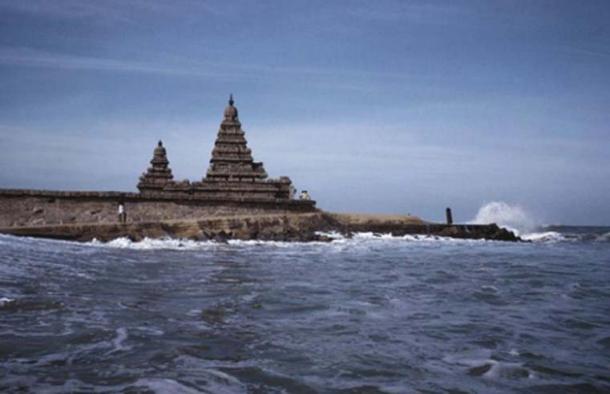 Mahabalipuram is an ancient city located in the Kancheepuram district of the southern Indian state of Tamil Nadu. The ‘Seven Pagodas of Mahabalipuram’ was one of the architectural achievements of the Pallava Dynasty (3rd – 9th century AD).

Myths say the beauty of Mahabalipuram aroused the jealousy of Indra, the deva of rain and storms, so the deity submerged the city under the sea during a great storm. Only the Shore Temple, still visible today, was left above the water as evidence that this beautiful city had once existed.

Evidence for the submerged temples emerged following the devastating tsunami that occurred December 26, 2004. During the tsunami, it was reported that “a long, straight row of large rocks emerge(d) from the water just before the waters rushed back again.” The force of the tsunami managed to expose some objects that were covered by centuries of silt.

These objects include a large stone lion found on Mahabalipuram’s beach, as well as a half-completed rock relief of an elephant. The recent discoveries have sparked renewed interest in the Mahabalipuram legend and many say the myth of the seven submerged temples might one day be considered a true historical event.

Lost Land of Lyonesse: Legendary City on the Bottom of the Sea 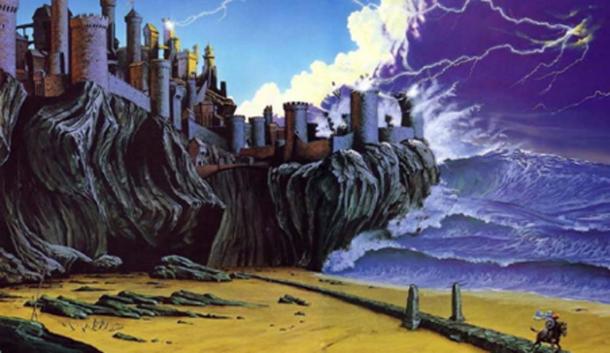 (Artist’s depiction of Lyonesse being swept away)

In Arthurian legend, Lyonesse is the home country of Tristan, from the legendary story of Tristan and Isolde. It’s now referred to as the “Lost Land of Lyonesse,” as it is ultimately said to have sunk into the sea.