Most people know Amazon for its namesake e-commerce platform, but the world’s most popular online retailer has expanded its business considerably over the past few years. Underlining its ambitions to become a broad-based tech company rather than a one trick pony, Amazon introduced a range of new hardware products along with its very own cloud gaming service at its fall event last Thursday.

While the event did fly under the radar a little bit, especially compared to Apple’s launch event a week earlier, it was jam-packed with announcements. Aside from updating its Echo line of smart speakers, Amazon also introduced new Fire TV streaming sticks, new wi-fi routers as well as several Ring-branded security products including an autonomous security drone for the home. Arguably the most exciting announcement was an AWS-powered cloud gaming service called Luna, along with a dedicated game controller, to compete directly with Google’s Stadia and Microsoft’s xCloud gaming services.

A small piece of Jurassic Park: DNA extracted from insects embedded in resin

As the following chart shows, Amazon’s core “online stores” business, i.e. first-party e-commerce sales recognized on a gross basis, accounted for little more than half (51 percent) of Amazon’s total sales in the twelve months ended June 30, with commissions charged from third-party sellers, Amazon Web Services and subscription services accounting for the bulk of the remaining 49 percent of sales. 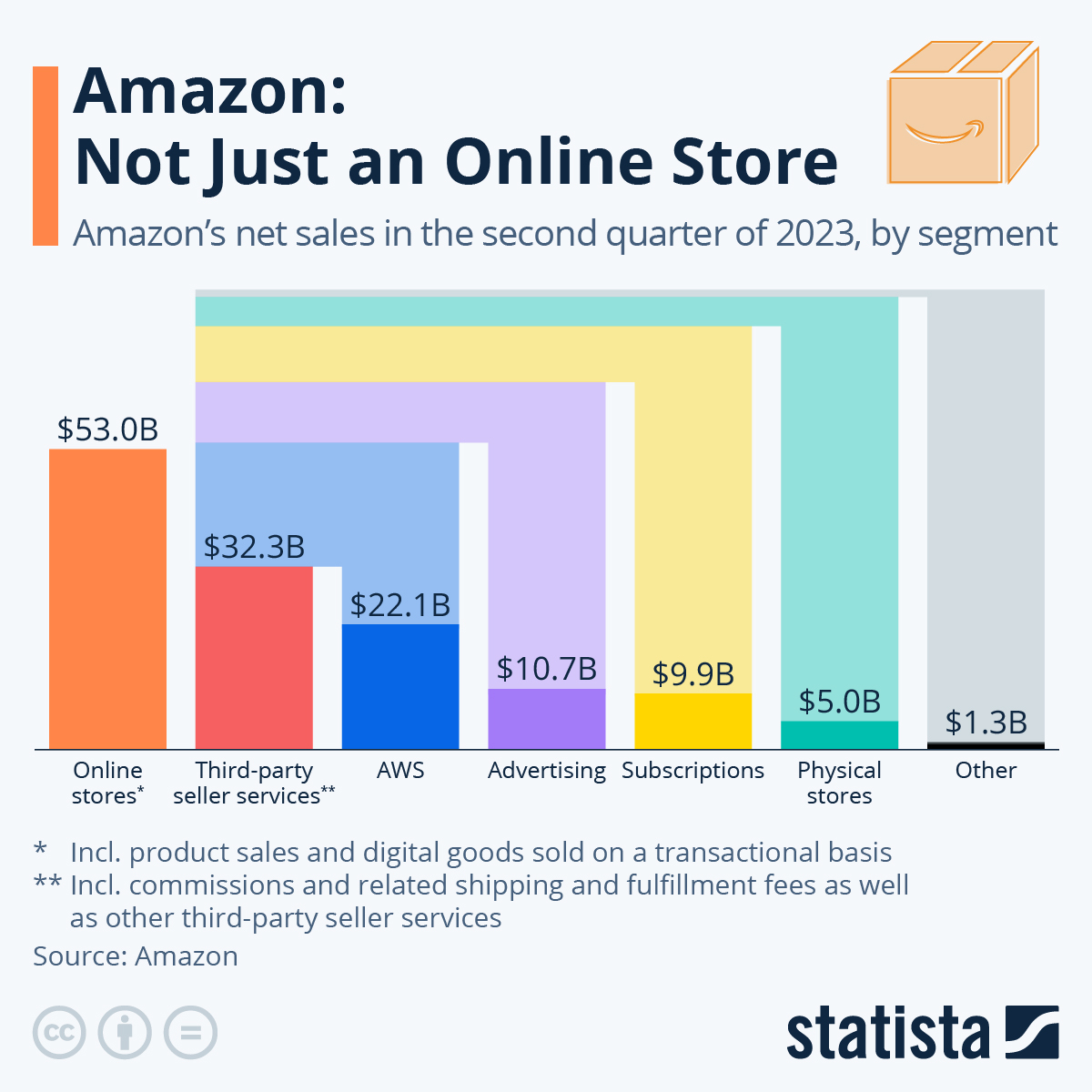