President Biden has announced that 2,500 U.S. troops and another 7,000 from NATO will start returning home from Afghanistan in May

President Biden has announced that 2,500 U.S. troops and another 7,000 from NATO will start returning home from Afghanistan in May, with the full withdrawal set to be completed in time for the 20th anniversary of 9/11. In a White House speech, he said “I am now the fourth American president to preside over an American troop presence in Afghanistan. Two Republicans. Two Democrats. I will not pass this responsibility on to a fifth.” Over the course of nearly two decades, America’s longest war has consumed $2 trillion dollars, cost 110,000 Afghan lives and also resulted in the deaths of 3,500 coalition service members including around 2,400 Americans.

Biden’s announcement will prove pivotal for Afghanistan and it could accelerate the drive towards peace or plunge the country into further uncertainty and violence. When asked by a reporter about whether the decision was a difficult one, the president said it was not and that “to me, it was absolutely clear”. He continued by stating that we went for two reasons: to get rid of bin Laden and to end the safe haven. I never thought we were there to somehow unify Afghanistan. It’s never been done.”

So how does the length of U.S. involvement in Afghanistan compare to other major foreign wars? Defining what exactly constitutes a military conflict is not as straightforward as it sounds and down through the years, U.S. participation in major wars, interventions, occupations and suppressions of insurgencies have tended to overlap. The Washington Post took those factors into account when it put an overview of U.S. foreign wars together in 2014. It shows that Afghanistan is the longest war in American history by far, running for nearly twice as long as the previous longest conflict, Vietnam. It has also outlasted the Spanish-American War, World War I, World War II and the Korean War combined. The reality of the length of the war in Afghanistan becomes clear by the fact that many U.S. troops serving in the country were not even born when the conflict started back in October 2001. 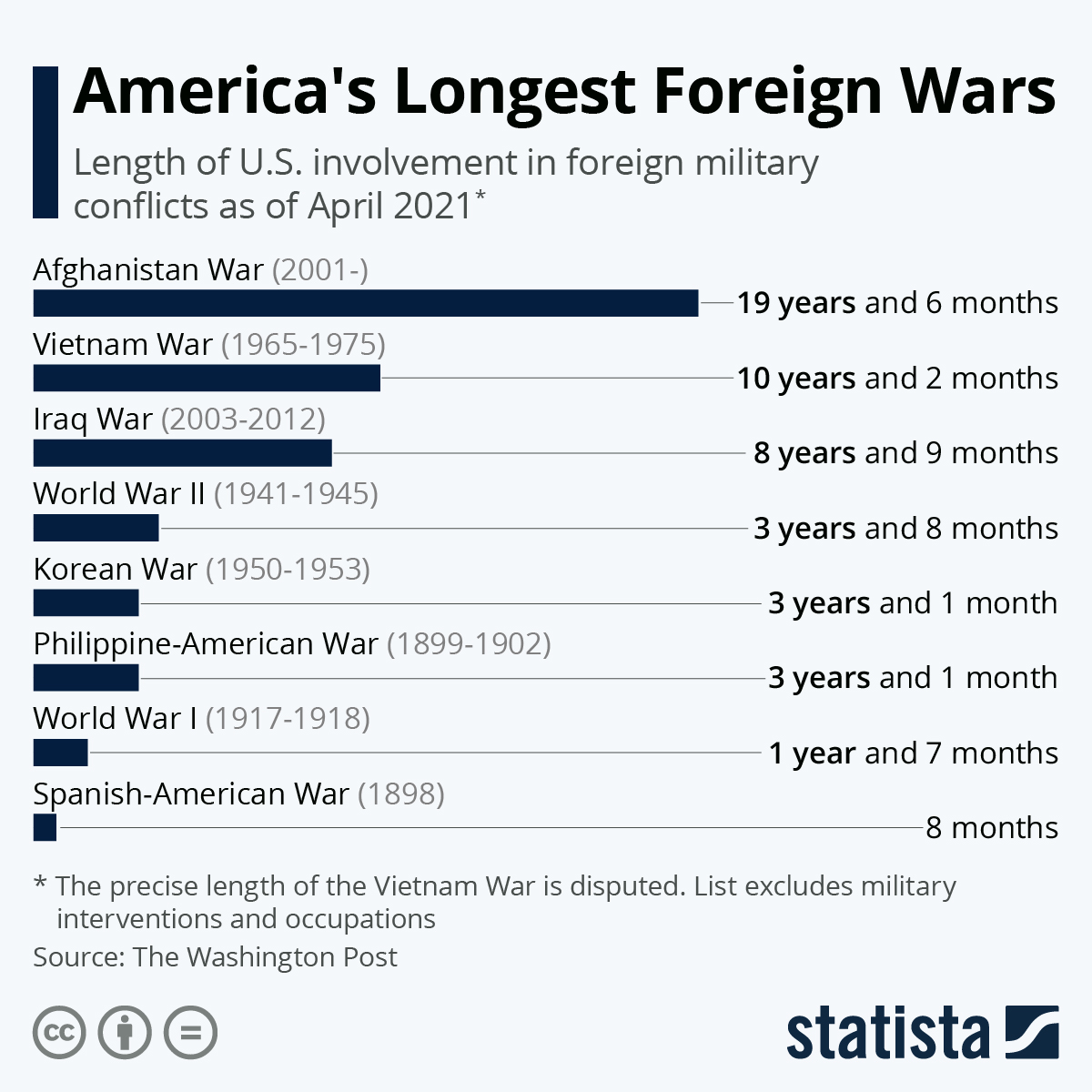