The artefacts were found inside what remained of a wooden box

Archaeologists have discovered a trove of good luck charms and items used in fertility rituals preserved for thousands of years in the ruins of Pompeii.

They were found in the same room as the bodies of 10 victims of the eruption of Mt Vesuvius in AD 79, including women and children.

The artefacts were found inside what remained of a wooden box, which had its bronze hinges preserved by the volcanic material that covered the city after the volcano’s eruption.

Massimo Osanna, director of the Archaeological Park of Pompeii, told Italian news site ANSA the discovery was like a “sorcerer’s treasure trove” of artefacts.

He said they likely belonged to women, and the lack of gold in the box suggested they might have been owned by a servant or a slave.

“They are objects of everyday life in the female world and are extraordinary because they tell micro-stories, biographies of the inhabitants of the city who tried to escape the eruption,” Mr Osanna said. 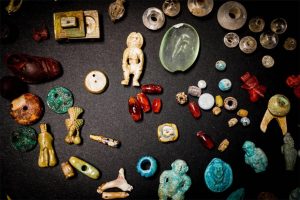 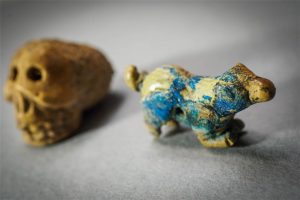 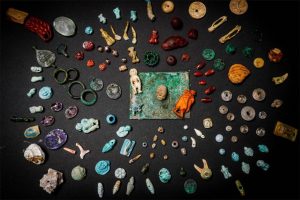 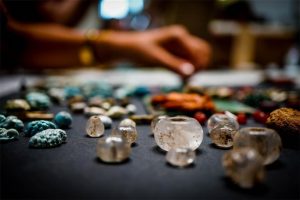