An estimated 800 technical and administrative personnel from different air forces took part in the drill, which took place from November 3-14 at the Uvda Air Force base north of Eilat.

The airbase hosts squadrons training in the Negev Desert and has an advanced center that trains aircrew in numerous exercises. It is also the base of the “Flying Dragon” or “Red” Squadron, which plays the role of enemy aircraft in exercises, and ground teams that operate enemy ground targets such as missile launchers and radars, and infantry soldiers who act as terrorists during these training scenarios. 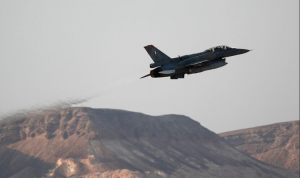 “This is a coalition, maybe not one in wartime, but an important coalition,” said a senior IAF officer involved with the drill.

Capt. B, who flies F-15s and participated for the third time in Blue Flag, told The Jerusalem Post that to see participants return and want to come to the drill “is incredible. I believe that you have to learn something new every day.”