A huge explosion on a highway near Bologna airport in northern Italy has killed two people and left at least 70 injured, some with serious burns, police said. 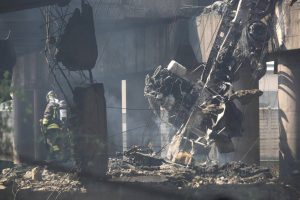 The explosion was caused when a tanker truck carrying explosive materials crashed in a traffic accident. 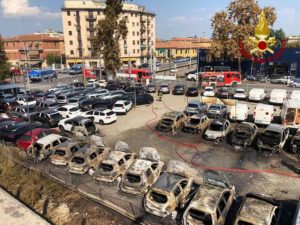 Footage and pictures on social media showed the blast and thick black smoke billowing into the sky. 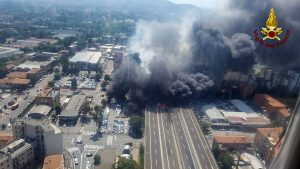 Several rescue and emergency squads were sent to the scene, Italy’s firefighters tweeted, including one from their urban search and rescue team.

Italian news channel Sky TG24 reported that some of the injured people had been hit by flying glass when windows in nearby buildings exploded. 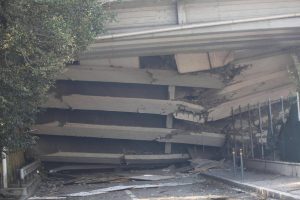 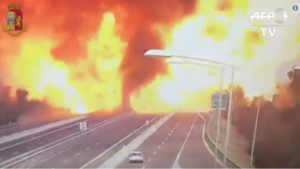 Police said they had closed off the motorway as well as the surrounding area in Borgo Panigale, on the outskirts of Bologna. 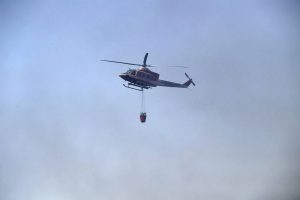 “Due to an accident on the Autostrada, there was an explosion resulting in a fire at Via Marco Emilio Lepido. 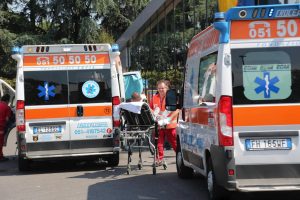 “Impaired circulation, not only on the highway, but also in the area of Borgo Panigale.”

In a tweet about the explosion, the city’s airport said it was not affected. 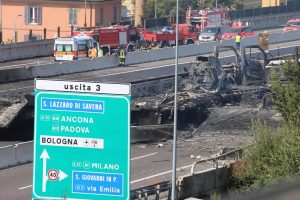 “Huge explosion on the Bologna motorway, Bologna airport is not involved, flights are running regularly,” the airport said on its Twitter account. 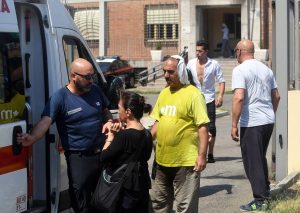 Video also showed cars and bushes on fire at a Peugeot dealership beneath the motorway.

The person filming then zooms out to show damage to the balcony they are standing on.

#BREAKING: At least 56 people injured after explosion on a highway in Bologna, Italy – ANSA
pic.twitter.com/L97jiO7ULc 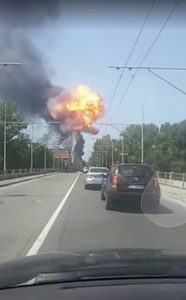