An Orthodox priest was shot

An Orthodox priest has been injured after an attack on a Greek church on St-Lazare Street in Lyon. The perpetrator has not been arrested.

The priest is reported to be in a serious condition, with a police official telling Reuters news agency that he was being treated on-site for “life-threatening injuries”.

The incident came days after three people were killed in a knife attack at a church in the southern French city of Nice, in what French President Emmanuel Macron said was an “Islamist terrorist attack”.

Police have arrived on the scene and the roads around the Greek Orthodox Church have been blocked. According to reports, the priest, of Greek origin was injured by gunshots.

According to exclusive information of protothema.gr, the priest’s name is Nikolas Kakavelakis, who works in the Greek-speaking orthodox church of Lyon. 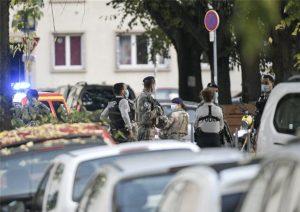 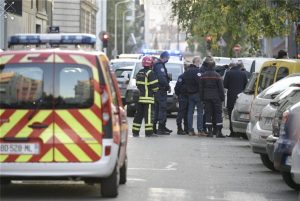 According to what the priest Antoine Kalo, who works in the French Orthodox Church, told protothema.gr, Father Kakavelakis is 52 years old and has two children, one of whom is three years old. 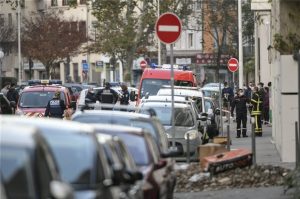 The French interior minister said the incident was ongoing and involved the Place Jean-Mace area. Residents have been advised to stay home as the perpetrator escapes arrest.